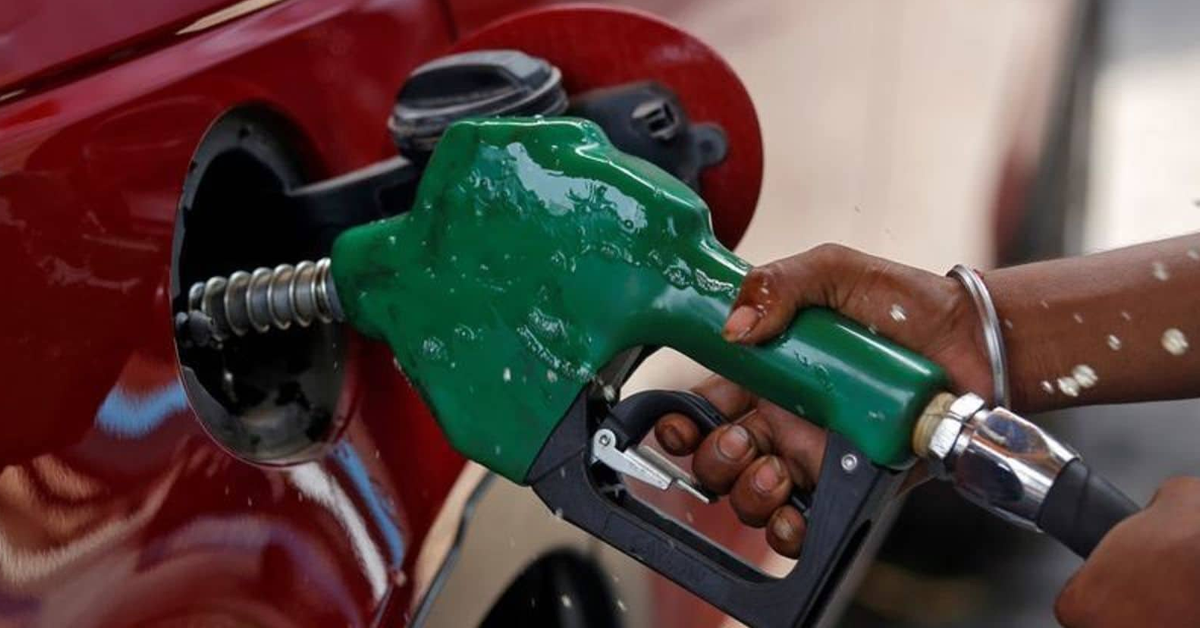 The most popular types of fuel used in cars in India are petrol, diesel, CNG, LPG, and bio-diesel. The right type of fuel in a car helps you go on long drives while offering good fuel economy. Each engine is designed for a different fuel, for example, diesel cannot be used in a petrol car and vice versa.

Today’s cars are driven on a wide variety of fuels, some of which you probably even have heard of. Petrol is one of the most common fuel types, and a vast majority of cars use petrol to power their engines. A close second is diesel which many drivers prefer due to their better fuel economy and lower cost at the fuel station. Each car fuel type has its own advantages and disadvantages. Here is a brief discussion on the different types of fuels used in cars, along with their advantages and disadvantages.

This is a common car fuel type, and is also known as gasoline. Petrol is a transparent liquid that is obtained from the fractional distillation of crude oil. Engines that use petrol are spark plug ignited internal combustion engines. Petrol can be purchased in a number of variants such as high octane which is more expensive but can run the engine with more power.

Petrol is the fuel of choice for common cars running a four-stroke engine. They can even be used to run a two-stroke engine. Petrol enables fast starting of an engine and can be used for quick acceleration while the combustion process is quiet.

When petrol or gasoline is burned, it leads to the production of carbon dioxide, carbon monoxide and other hydrocarbons that are harmful to the environment. They contribute tot pollution, smog and global warming.

Although petrol is readily available, it is considered an intermediate source because it will eventually run out, and it is expensive, has environmental effects and is a limited resource.

Petrol is a highly combustible hydrocarbon and is ignited very quickly. Therefore, petrol engines easily start up without much trouble.

Cars that run on petrol are able to accelerate much faster than cars on other types of fuel.

cars that run on petrol are actually the least polluting vehicles due to the clean and complete burning of the fuel in the engine. Petrol also is very quiet in the combustion chamber and doesn’t produce much drama under the hood. Car’s running on petrol drive smoothly, which is why they are favoured for passenger vehicles.

Running a vehicle on petrol means that they can run 24 hours without the need to recharge like battery cells. Petrol is known to run faster and longer than other types of car fuels.

Although petrol prices vary greatly due to crude oil price fluctuation, it is reasonably cost effective given the driving range and power it provides.

being the most popular car fuel type, petrol is readily available at all fuel stations, that too in a variety of options like high octane, premium, lead free and regular.

The combustion of petrol produces carbon dioxide, carbon monoxide and various other short chain hydrocarbons that contribute to pollution. Excess of smog in cities and burnt gases from burning petrol in engines leads to global warming. The fuel emits a high level of toxic gases that increase pollution in the environment.

Varying Prices Due to Fluctuation –

The price of petrol is determined by the supply and demand of oil and fluctuation in the price of purchased crude oil.

Petrol offers a low fuel economy as compared to diesel, CNG and LPG. Being more expensive than other types of fuel and having low fuel economy means that drives cost a lot more with petrol as fuel.

Petrol is an ideal fuel for passenger cars, light motor vehicles, motorcycles, scooter and other small vehicles. The prices of petrol vary in different states depending on Government and state taxes.

Despite the recent price increases of diesel that have almost brought it on par with petrol prices, it is a hugely popular fuel type ranging from light passenger vehicles to large trucks and tractors. Diesel is also obtained from the fractional distillation of crude oil but at a lower temperature range making it a heavier type of fuel.

Diesel fuel can only be used in diesel engines. These types of engines do not have spark plugs to ignite the air-fuel mixture; instead they rely on compression ignition (the diesel fuel is literally squeezed until it ignites). Diesel is widely used in tractors, trailers, trucks and buses because it offers a high amount of torque at low rpms which allow the diesel vehicles to pull heavy loads.

Diesel is priced lower than petrol and offers good value for money. It is also ideal for long journeys as it is efficient and provides a high fuel economy.

Diesel powered engines provide high levels of torque which is useful in pulling heavy loads. This comes in good use for trucks and trailers that have to haul around a heavy payload.

Diesel fuel is good for vehicles travelling long distances on highways because they offer good acceleration and can sustain their top speed without much difficulty.

Not every manufacturer produces diesel engines and there is more variety found in petrol vehicles in terms of models and options.

Just like petrol, diesel prices also vary from state to state in India, depending on taxes and supply / demand.  Although the price of diesel is less than petrol, in recent times the gap between them is not very wide.

Compressed Natural Gas is a fuel type that is becoming popular in urban areas because it produces less pollution. CNG contains methane which is the natural gas referred to in its name.

It does not contain lead and sulphur which are polluting chemicals. This is why it is known as a green fuel and most public transport vehicles powered by CNG are painted green.

CNG has a high auto-ignition temperature of 540 degrees Celsius, and a limited flammability range. This ensures that CNG will not be subject to accidental burning.

It is safe to use and transport because it is stored in special cylinders that are leak proof. Being a light gas, even if it does leak, it disperses easily in the air.

CNG is cheaper compared to petrol.

CNG tanks in vehicles occupy precious boot space, so there is limited space to store luggage and cargo.

The performance of CNG powered vehicles is much less than petrol powered engines. After a period of 1 to 2 years, engines powered by CNG deteriorate and optimum performance is further reduced by about 10%.

Fuel injectors that were designed to work with petrol do not work as well with CNG. This causes a drop in performance.

The cost of conversion from petrol to CNG is quite high

CNG is an ideal fuel for use in passenger cars, light motor vehicles, trucks and buses.

Biodiesel is a mixture of diesel fuel with other oils such as vegetable oil, cooking fat, animal fat, etc. It contains natural ingredients, therefore is a good alternative to petrol, diesel and CNG.

It is an environmentally friendly fuel that emits lower carbon monoxide and burnt hydrocarbons. It emits 11% less pollution than other fuels.

It combusts at a higher temperature and does not auto ignite making it safe to transport. Storage of the fuel is also simple for this reason.

It is a natural fuel that is non-toxic. Bio-diesel is considered a renewable fuel and is hence sustainable.

The lifespan of the engine is increased because biodiesel is a good solvent to dissolve dirt deposits and helps increase performance reducing wear and tear on the engine.

The engine can run on diesel as well, without any modifications.

The Government does not have to depend on foreign oil imports as biodiesel can be produced locally.

Biodiesel fuel starts to gel at low temperatures, in which the fuels paraffin component becomes a solid and lowers viscosity.

Rubber gaskets and housing are damaged by biodiesel

Fuel efficiency is lower in these engines by about 1% -2%

Bio-diesel is more expensive than petrol

Since this fuel is made from animal fat and vegetable oils, it affects the prices of food products and cannot be a viable fuel during food shortages

Liquid Petroleum Gas is obtained from natural gas and is made up of hydrocarbons like propane and butane.

Running costs of the vehicle are reduced by 40% as compared to petrol. LPG is also safe from spillage.

Since LPG is heavier than air, it creates a suffocating environment if there is a leak

Fuel efficiency as compared to petrol is lower by 10%

Drivers are always searching for the inexpensive option that offer the best fuel economy when it comes to choosing a fuel for their vehicles. However, there are also drivers out there that will choose the fuel that offers the highest performance even though it costs them more. There are certain fuels that increase the life of an engine as well, so it is important to choose the right fuel.

Basic knowledge of the different types of fuels available helps the driver make the right choice for their vehicle to improve their function, provide good fuel economy, high performance and maintain the life of components.

Modern vehicles run on a variety of fuels and there are modifications available to convert an engine to run on alternate fuels. Some people are not even aware of the different types of fuel their engines can run on. Given the most popular fuel that cars run on is petrol, with the second most used fuel being diesel, there is also CNG, LPG, methanol, ethanol, and bio-diesel.

Each kind of fuel has its own advantages and disadvantages which have been outlined in this article. It is important to choose the right kind of fuel that suits your driving needs.

Q1. Which is the most fuel-efficient fuel type?

Ans. Diesel is the most fuel efficient and offers the best economy. It gives the most kilometres per litre especially if driven on highways.

Q2. Can diesel be used in a petrol-powered engine?

Ans. You cannot put the wrong type of fuel in an engine. Diesel and petrol engines are designed differently, and if diesel is used in a petrol engine, the fuel will cause the engine to seize and require a complete (and expensive) rebuild.

Q3. Which type of fuel produced the least amount of pollution?

Ans. All fuels produce some amount of pollution; however, petrol produces the lowest amount of carbon monoxide and nitrous oxide particulates.