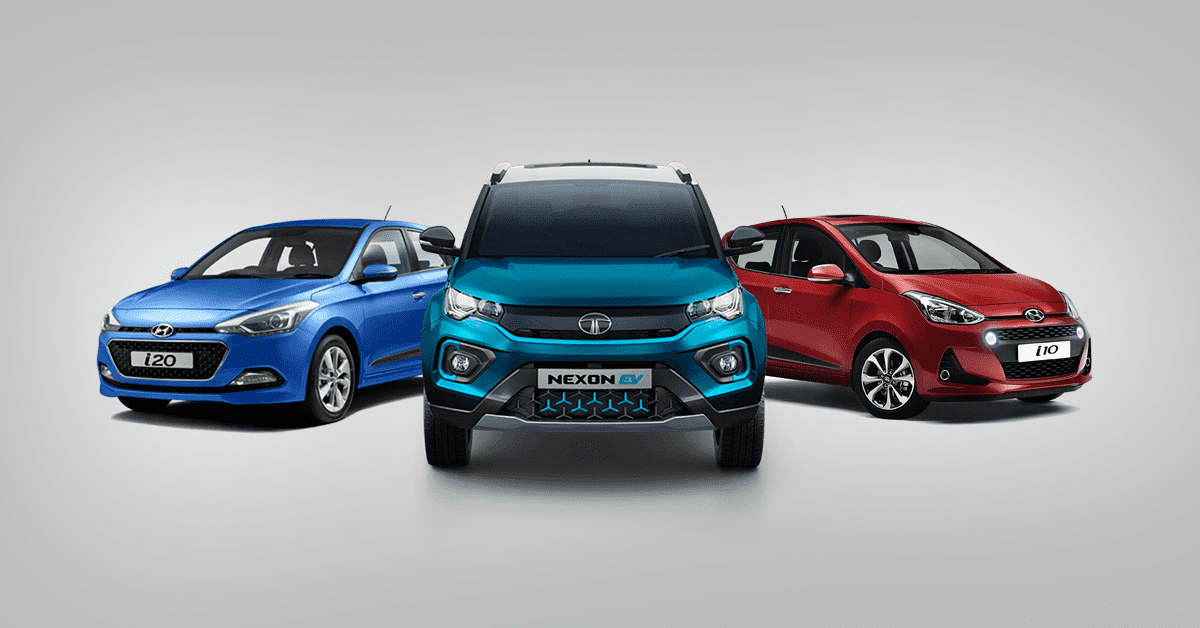 Although there has been a recent price increase due to BS6 norms, and the push towards electric vehicles has somewhat declined the sales of diesel cars in India, there is no doubt that there is still a massive market for these oil burners.

Many of the mass market manufacturers have taken out diesel vehicles from their portfolio, there is still demand for diesel cars in India due to their high fuel efficiency and low-end torque.

Some of the best diesel cars with excellent mileage include the Honda WR-V, Kia Sonet, Fifth-generation Honda City, Honda Amaze, and the Hyundai Verna.

With diesel prices on the rise, we can expect them to increase at least for the near future. Diesel cars with the best mileage become even more important here because we are looking for cars that can stretch one litre of diesel the furthest. 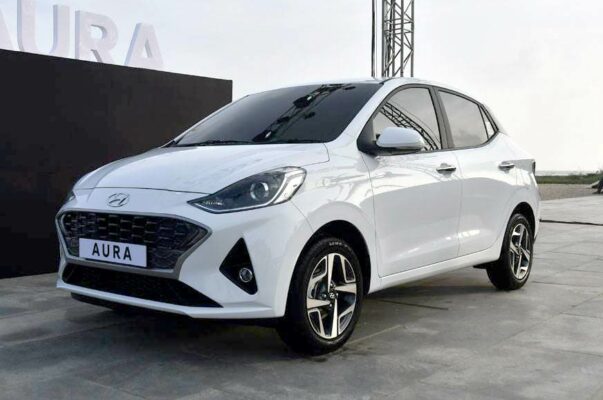 The Hyundai Aura comes with a fuel efficient 1.2 litre diesel that is one of the most frugal seen around. The diesel AMT version has fuel economy of 25.5 kmpl, which goes a long way with one litre of diesel.

This model from Hyundai is one of the most fuel-efficient diesel cars in India. The diesel-powered manual version is also particularly fuel efficient with a mileage figure of 25.35 kmpl. 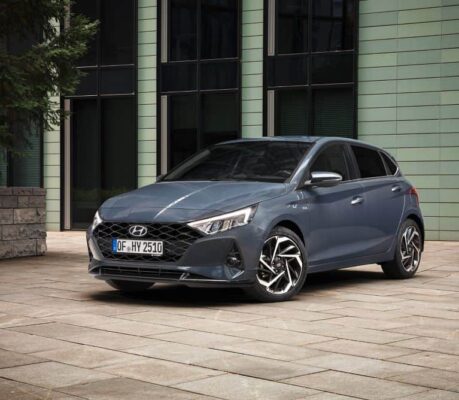 The premium hatchback with the best mileage is the Hyundai i20 with a mileage figure of 25.3 kmpl. It has a 1.5 litre diesel that produces 100 bhp and is shared with the Hyundai Venue.

The diesel version of the Hyundai is not only fuel efficient with class leading mileage, it is also really easy to drive around in the city and on highways making it a winner on all fronts. 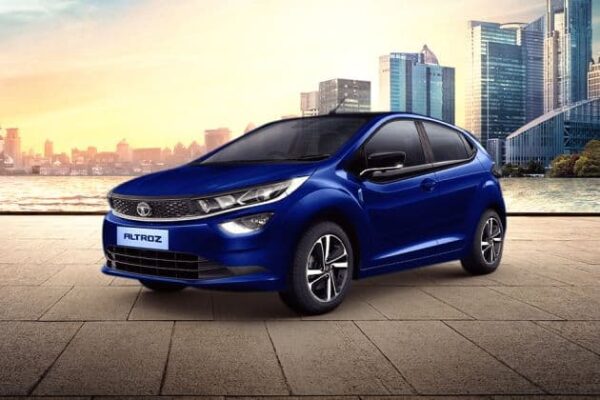 Another diesel hatchback with the best mileage, the Tata Altroz uses a 1.5 litre diesel, Revotorq engine that produces 90 bhp and a whopping 200 Nm of torque. It is only available with a manual transmission but this combination gives it a mileage of 25.11 kmpl.

Although the Hyundai i20 has a slightly higher mileage, the Tata Altroz is a preferred choice because of its budget friendly price. Those that are willing to spend a little more will be happy with the i20 because it is more premium and is a well-rounded package.

With diesel cars known for their torquey engines and good fuel mileage, the package becomes even more desirable with automatic transmissions, making city driving a breeze.

Here are some great diesel cars with automatic transmissions that you can choose from.

Diesel hatchbacks are not very common, and a diesel hatchback with automatic transmission is even harder to find. There is only one car model that fits into this space, and that is the Hyundai Grand i10 NIOS.

The engine produces 75 bhp and 190 Nm of torque and comes with the option of a 5 speed AMT. The Hyundai Grand i10 NIOS is priced at Rs.8 lakhs. 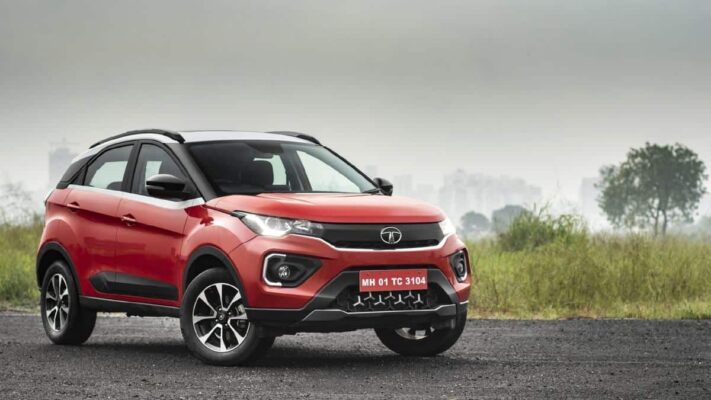 The ever-popular Tata Nexon gets a 1.5 litre diesel engine that is turbocharged and comes with a 6-speed AMT gearbox. The power output of this engine is 110 bhp and torque figures stand at 260 Nm. Prices range from Rs.9 lakhs to Rs.12 lakh for the top end version. 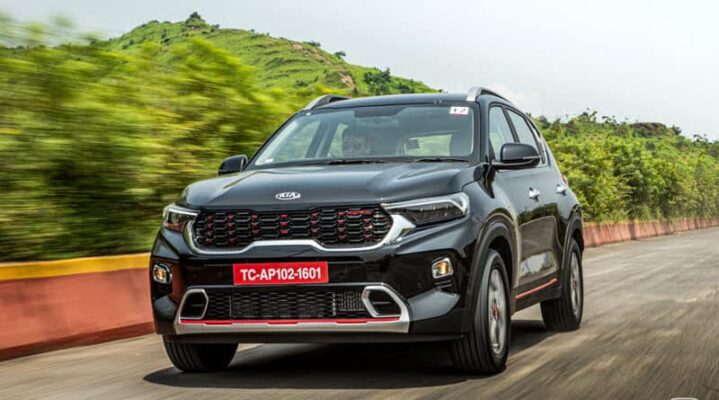 The Sonet has been a huge success for Kia ever since its launch. Priced at Rs.11 lakhs, the Sonet is one of the most affordable diesel automatic compact SUVs in India.

It gets a 1.5 litre diesel that produces 100 bhp and 240 Nm of torque. The transmission is a 6-speed automatic torque converter that shifts smoothly and gives good fuel efficiency.

Buyers prefer diesel cars because they are fuel efficient and therefore light on the pocket. A low sticker price makes the deal even sweeter. Some of the least expensive diesel cars in India include the Hyundai Grand i10 NIOS, Hyundai Aura, Mahindra XUV 300, Honda Amaze and Kia Sonet. 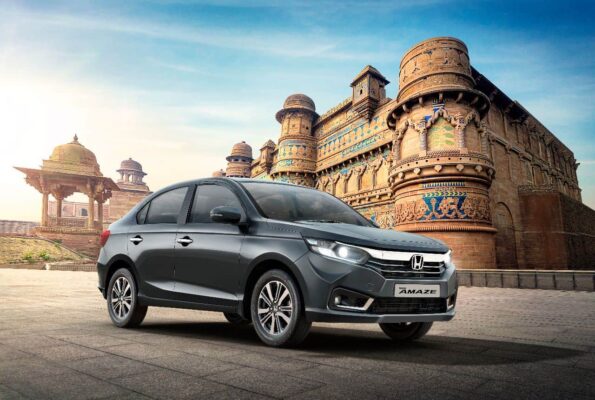 The Honda Amaze comes with a 1.5 litre, four-cylinder diesel engine that has a power output rating of 100 bhp and torque 200 Nm with the option of a manual or CVT transmission.

The Amaze has the unique option of having a diesel engine mated to a CVT automatic gearbox combination. The mileage figures are 24.7 kmpl for the manual and 21 kmpl for the CVT. 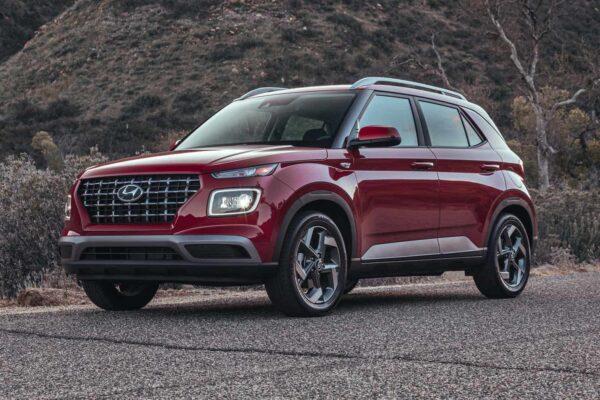 The engine for the Hyundai Venue is shared with the Kia Sonet, a 1.5 litre diesel that is turbocharged. It produces a power rating of 100 bhp and 240 Nm of torque mated to a 6-speed manual transmission.

The only difference is the Hyundai Venue doesn’t get an automatic option like the Kia Sonet with the diesel engine. The Venue is scheduled for a facelift soon and will get a new exterior and interior updates.

One of the most popular SUVs in India making it to the list of bestsellers every month. Some of the big selling points are numerous premium features, stylish design that’s bold and striking, and well laid out interiors that are comfortable to ride in.

It features a 1.5 litre, 4-cylinder engine that develops 115 bhp of power and 250 Nm of torque mated to a 6-speed manual gearbox or an automatic torque converter transmission.

The engine is an extremely refined unit with an even spread of torque and power making it easy to drive in and around the city as well on the highway.

Future of diesel cars in India

Other manufacturers like Maruti Suzuki, have removed diesel vehicles completely from their portfolio stating that upgrading the cars to be Bharat Stage 6 would be too costly, as compared to the demand for diesel, it is just not a feasible choice.

In the year 2023, the next stage of emission norms is expected to take place, which will further drive down the demand for diesel cars. This will increase the overall cost of vehicles and such manufacturers do not want to compete in the diesel space anymore. Currently, diesel cars are not banned in India.

Some states are introducing rules that diesel cars older than 10 years will have to be taken off the road unless they get retrofitted with electric kits. Most of the time, diesel car owners sell their old cars to the scrap yard or go in for exchange offers while buying new cars.

The fact is that diesel cars are one of the most polluting vehicles after large trucks and buses. They spew out thick plumes of black smoke that are filled with fine particulates that remain in the air after the combustion process.

This pollution harms all living things, including us. As the government is getting stricter on pollution levels, especially in large metro cities like Delhi and Mumbai, diesel vehicles are sure to get banned in the near future.

With the government supporting schemes for electric vehicles, tax reduction, subsidies and incentives, it seems that the electric car will soon replace diesel and even petrol vehicles in India.

Diesel cars in India under 10 lakhs

A large segment of the Indian population still swears by diesel cars today. Here are a few diesel cars that are priced below 10 lakh. 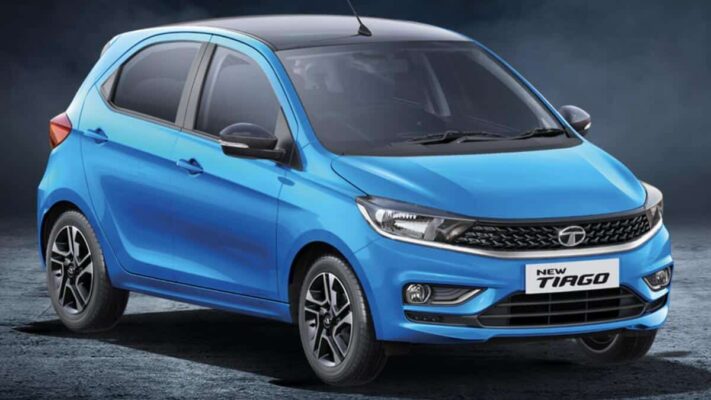 The Tiago comes with a 1 litre diesel Revotorq engine and is one of the better-looking cars to come out from the Tata stable. The engine is only a 3-cylinder, double overhead camshaft (DOHC) configuration and common rail diesel injection (CRDi) with a 5-speed manual.

The Ford Figo comes with a 1.5 litre TDCi engine, which is 4 cylinder mated to a 5-speed manual gearbox. It generates 99 bhp and you can expect a maximum torque of 215 Nm. It gets disc brakes all round (ventilated in the front) for good safety. The Ford Figo has a mileage of 25.83 kmpl. 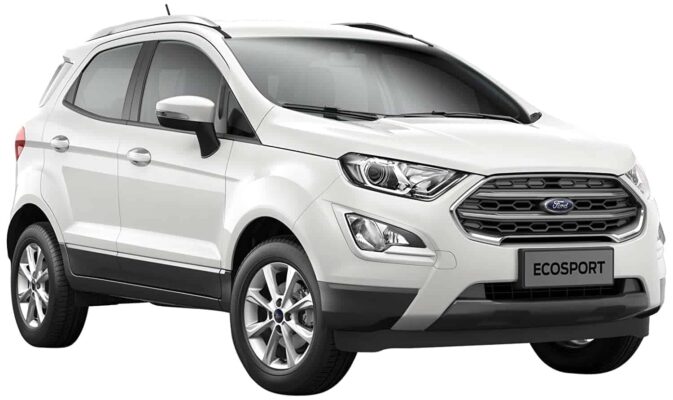 Sharing the same 1.5 litre diesel with the Figo, the Ecosport is a compact SUV that has good handling and ride comfort. The electric power steering makes it a breeze to drive within the city.

The car can seat 5 people in comfort and has a luggage carrying capacity of 352 litres. The ecosport offers a mileage of 215 Nm

Although India is known as a hub for small cars, the demand for 7-seater larger cars is on the increase. The reasons why new car buyers are looking for bigger cars that can seat 7 passengers are because of their roomier interiors and large luggage space which is perfect for the large Indian families that like to travel together.

With these top selling points, manufacturers are hoping that 7-seater diesels cars will outsell smaller cars. Below we have listed some of the best-selling 7-seater diesel cars on offer for the new car buyer in India. 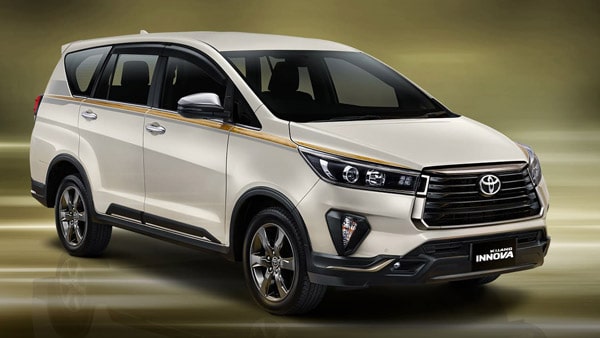 A very popular model from Toyota, the Innova Crysta sells extremely well as a people carrier. It is priced at Rs.20 lakh and available with a frugal 2.4 litre diesel engine.

The Innova name is associated with quality and reliability, and car buyers are willing to shell out that extra amount for peace of mind and stress-free driving. It also is a premium SUV that has very comfortable interiors and smooth ride and handling, making it a really good car to take on the highways.

Although the more powerful 2.8 litre engine has been discontinued, the 2.4 litre diesel unit is available with a manual and automatic transmission. 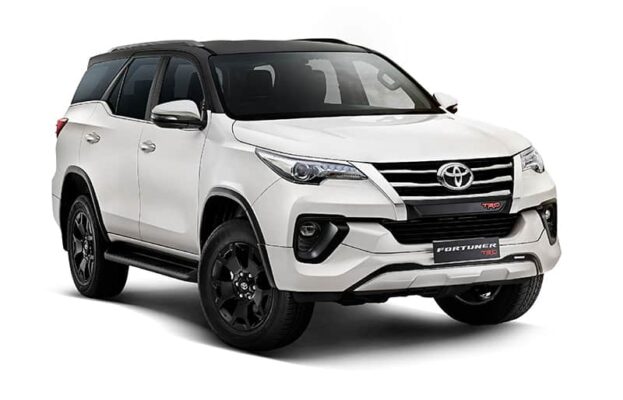 Although the dimensions are quite large, this makes for ample space on the inside and can seat 7 passengers in premium comfort. The Fortuner is available in both manual and automatic transmissions.

In the new car market, the sales of diesel cars have been fast slowing down and they are now occupying a smaller chunk of the market share as compared to petrol and CNG fuelled cars.

Some of the factors that have declined the popularity of diesel cars are the reduction in price gap between petrol and diesel prices as compared to the higher initial cost of a new diesel car that owners look to offset by lower running costs.

The introduction of stricter pollution norms, Bharath Stage VI, more and more manufacturers are pulling diesel cars out of their portfolio because they are becoming too costly to upgrade them to the new emission standards.

Another reason is that petrol powered cars are getting more fuel efficient every day, making the diesel choice unnecessary and not worth the higher initial cost.

Tata Motors and Maruti Suzuki, the country's top two manufacturers of passenger cars, state that they will be taking diesel cars out of showrooms because the demand does not justify the development costs of a new small capacity diesel engine.

However, a complete ban on diesel cars seems unlikely. A sudden restriction on the sale of diesel-powered passenger cars looks hard to come by. SUV buyers opt for diesel versions because they offer more low-end torque and are well suited for the applications they are purchased for, like going offroad. The tough diesel engine goes well with the robust nature of the SUV.

Also, fleet owners of taxis and car rentals, those with really high usage, tend to opt for diesel cars because of their lower running costs and better fuel economy. It really is a game of wait and watch to see how things turn out in the future.