A Complete Guide on Electric Cars When was the last time you heard of an electric car? Yesterday, today, or probably a few hours ago. Electric vehicles have stormed the markets, and manufacturers are now focusing on electric cars because gasoline-powered automobiles pollute the environment, and the oil resources have almost dried up. The government bodies worldwide needed new power sources to run clean cars to relieve environmental and resource problems. With growing technology, electric cars seem to be the best solution. This blog will take you through the world of electric cars, their history, advantages, disadvantages, and much more.

What is an Electric Car?

An electric car is a car that is driven by electric motors; these motors use the energy stored in rechargeable batteries. Compared to internal combustion engine vehicles, electric cars are softer, pollution-free, and have lower overall emissions.

How Does Electric Car Work?

Advantages and Disadvantages of Electric Cars

With fuel prices rising daily, it is safe to say that electric cars are the future in India. The cost of running a fuel car per kilometer is way higher than running an electric car. Also, the world is facing the depletion of crude oil, which further strengthens the usage of electric cars.

With an electric car, you need not queue in a line to fuel up your car. The electric car is easy to recharge; even a standard household socket restores your car.

The energy price for running these cars are significantly lower. Also, some governments provide electric car subsidies for going green.

The most significant advantage, as we all know, is that electric cars are eco-friendly. They do not transmit toxic gases and pollutants to the environment. It runs on a clean energy source which is beneficial for the environment.

Electric cars undergo the same tests designed for other fuel-powered cars. An electric car has a lower center of gravity which makes them much more enduring on the road. In case of collision, the airbags open up instantaneously and cut the battery supply, preventing damage.

With the technical advancement, the cost of owning and maintaining an electric car has significantly gone down. With the increase in the production of batteries and incentives in tax slabs, the price of these vehicles has further gone down.

One of the benefits of electric cars on the environment is that Electric cars are much quieter than conventional vehicles; electric motors provide smooth drives with higher acceleration.

Most electric vehicles have lithium batteries, and their durability is much higher than a standard battery, with a lifespan of about ten years. With growing technologies, the cost is expected to reduce further.

Electric cars have the simplest driving methods. You can operate an electric car using the accelerator pedal, brake pedal, and steering wheel. These cars come with a single gear and do not encounter stalling problems as other fuel cars do.

Electric fueling stations are in the development stage and are very distinct in various locations.

In many cases, the car costs are very high, from INR 2100000 to 2800000. There are also a lot of miscellaneous expenses associated with an electric car at the start.

The Electricity bills can go high as there is a lot of energy consumption by an electric car.

4:  Limitations to Speed and Range

There are a lot of limitations to electric cars’ range and speed limits. Electric cars ran run from 80 to 160 kilometers before they need recharging.

Electric cars take a long time to recharge, usually 4 to 6 hours. In the worst case, they may even take a day to recharge, which may irritate you at times.

Modern Electric cars are small and are two-seaters only. They are not designed for families or even an additional person.

Depending upon the battery type and the manufacturer, you will need to change the battery every three to ten years.

8: Not convenient at all places

Not all cities, towns in India have a continuous power supply required to charge an electric vehicle.

Electric vehicles in India are scarce, and hence you may not have tens of electric car models to choose from to get a brand new electric car at your home. The options for customizing and aesthetics are also significantly less in electric cars.

10: Silence as a disadvantage

People in India are habitual to noise, and the silence of electric cars may lead to many accidents on roads.

One of the disadvantage of electric cars on the environment is high energy consumption leading to scarcity of energy.

The difference between electric cars and conventional cars is listed below.

The car costs are very high, from INR 2100000 to 2800000. There are also many miscellaneous expenses associated with an electric car at the start, whereas conventional cars start from as low as INR 200000.

There are a lot of limitations to the speed limits and range in an electric car. Electric cars ran run from 80 to 160 kilometers before they need recharging. On the other hand, there are no limitations to conventional cars; you can drive at whatever speed you want. You need to worry about the kilometers while you drive the car, either.

On the other hand, Electric vehicles in India are scarce, and hence you may not have tens of choices to get a brand new electric car at your home. The options for customizing and aesthetics are also significantly less in electric cars.

Future of electric cars in India

The world has started faster adoption and manufacturing of electric cars. Many countries such as UK, France, Germany have planned to ban conventional cars as early as 2025. The global electric vehicle market is expected to grow from 4,093 thousand units in 2021 to 34,756 thousand units by 2030.

There are many benefits of electric cars in India, thanks to the various schemes launched by the government. Under the Make In India program, the share of the manufacturing of electric vehicles in India’s GDP is expected to increase up to 25% by 2022.

The government has also launched the National E-mobility Programme, which plans to increase the percentage of electric cars on Indian roads to around 30% with a proper framework and charging infrastructure.

The cost of electric cars is supposed to be around INR 1.1 per kilometer, which seems to be ideal for a large population in India and one of the biggest benefits of buying electric car in India.

Q1: How are electric cars charged?

Ans. You can charge Electric cars with a port at home or workplace.

Q 2: When will electric cars take over?

Ans. According to the latest forecast by the investment bank UBS, around 2025, 20% of all new cars sold globally will be electric. That will increase substantially to 40% by 2030. By 2040, every new car sold will be electric.

Q 3: How are electric cars made?

Ans. The steering wheel and seats are made of magnesium, a lightweight metal. The car body is made of shock-resistant composite plastic, which can be recycled. Electric car batteries consist of plastic coverings containing metal terminals and electrolyte fluid.

Q 4: When will electric cars be launched in India?

Ans. The luxury car-making company Audi confirmed the launch of e-Tron along with e-Tron Sportback in India in 2021. It will be the first electric car launch in India.

Q 5: Can electric cars be charged at home?

Q 6: Is it worth buying an electric vehicle?

Ans. If you are looking for shorter commutes, then an electric vehicle is entirely worth it. It reduces the overall cost per kilometer significantly, and also, the maintenance cost is very lower.

Q 7: Why are electric cars the future?

Ans. There are a lot of advantages to electric cars that include reduced battery cost, Lower cost of ownership, Longer range, shorter charging time, Zero-emission zones in cities, and Swappable battery tech.

Q 8: How often do electric cars need to be charged?

Ans. Electric cars ran run from 80 to 160 kilometers in a single charge.

Ans. According to a report published by the Global EV Outlook 2021, electric cars worldwide have reached 10 million units in 2021. Europe holds the highest share of new electric car registrations with 1.4 million registrations. China is a close second with 1.2 million, and the United States has a third place with 295 000 registrations.

There is no doubt that Electric cars are the future globally and especially in India. The economic benefits of electric cars include reduced battery cost, Lower cost of ownership, other benefits include shorter charging time, Zero-emission zones in cities, and Swappable battery technology. The ease of driving and less pollution is something that can attract any person to go for it. Perhaps the most significant factor is the cost per kilometer which is somewhere around 1.1 Rs per kilometer.

What are you waiting for then? Get an electric vehicle and join the world in building a more clean, green, and sustainable environment. 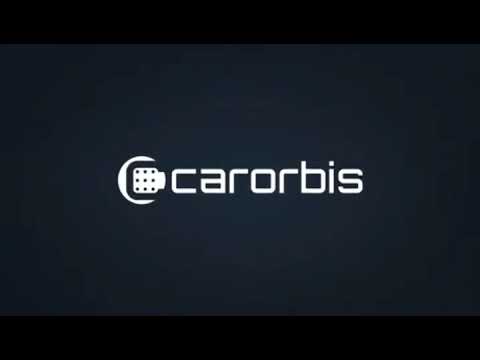 5 Signs of Low Engine Oil Pressure: Here’s what you need to do!