Fuel Mileage dropping without any reason? Here’s some possibilities beyond the obvious! 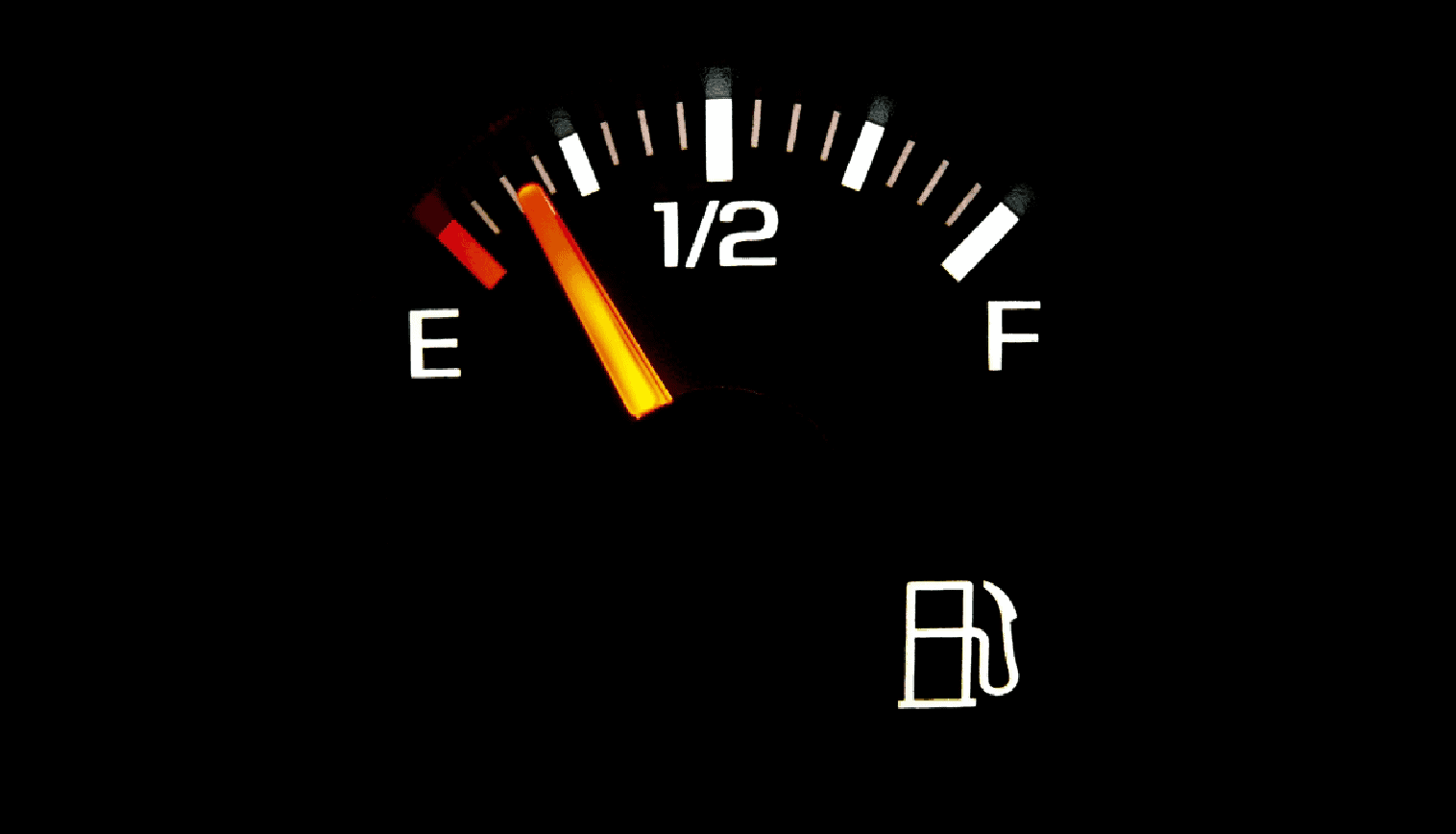 The drop in fuel mileage doesn’t just drain your fuel tank as fast as possible, but your wallet too.

There are several ways to keep your

14 Reasons why your car’s fuel mileage is dropping!

Routine maintenance is one of the simplest ways of keeping fuel mileage at normal levels. Yet, there are so many parts in a car to account for that fuel mileage can be tricky as your car hits 100,000 or even 200,000 kms on the odometer. This becomes especially important when you consider some factors that are beyond your control.

So, what are the things you should look out for if you want your car to keep running like it is new? The list below will give you a fair idea.

1. Fuel Injectors that are clogged or damaged

Clogged or damaged fuel injectors are often the most common cause for a drop in fuel mileage. Fuel injectors are tiny nozzles that are responsible for injecting fuel into the combustion chamber of each cylinder. The amount of fuel that a fuel injector sprays has to be very precise to have the right air-fuel mixture that will combust within the cylinder.

Engines must draw in air to produce power from burning fuel. If the air filter in the engine is dirty, it doesn’t allow the engine to breathe properly. As a compensation, the engine will start to draw in more fuel to make the same kind of power and travel at the same speed. In modern vehicles, the ECU will send signals to the engine to start using more fuel due to the dirty air filter clogging up the airways.

The problem is common with cars that are equipped with carburettors. A clogged air filter on a carbureted engine will drop the fuel mileage significantly. Air filters should be replaced every 15,000 to 30,000 kms. But be sure to have it inspected at regular intervals during service schedules.

Many old cars use carburettors to provide the air fuel mixture to the combustion chamber of the engine. However, newer cars use fuel injection that makes use of oxygen sensors in the exhaust system. This oxygen sensor sends messages to the ECU to adjust the amount of fuel that is sent to the combustion chamber. The oxygen sensor is used to measure how rich or lean the air fuel mixture is and makes adjustments to the fuel injectors accordingly.

An oxygen sensor that is dirty may lead to incorrect messages sent to the ECU and will cause the engine to dump more fuel. This may lower efficiency by up to 40%. When the oxygen sensor is faulty, the ‘check engine’ light will illuminate on the vehicle’s dashboard and will require replacing probably before the car reaches the 100,000 km mark. Oxygen sensors of some cars are quite affordable to replace which will help increase fuel economy figures and keep the emissions of a vehicle under control.

Fuel filters are used to take out contaminants from the fuel and prevent any dirt from travelling to the engine where they could damage fuel injectors and other components. A dirty fuel filter also lowers the fuel pressure and causes the engine to work poorly.

It is essential to have the fuel filter changed approximately every two years or every 30,000 kms. If a clogged fuel filter is the cause of decreased fuel economy, have it replaced or cleaned as soon as possible at an authorised service centre.

Piston rings are the part that forms a seal in the cylinder walls to allow compression of the air-fuel mixture in the combustion chamber. If the piston ring is worn out, the seal cannot be created and the engine will lose its compression pressure. At this point, fuel mileage drops drastically.

Engine oil is responsible for lubricating the piston rings and help create that seal in the combustion chamber, therefore engine oil also contributes to fuel efficiency. Ensure that the car has engine oil changes at regular intervals according to the maintenance schedule. Always use the recommended oil type according to the manufacturer’s advice in the owner’s manual.

The ignition system comprises spark plugs, coils and high tension leads that are responsible for creating the spark in the combustion chamber to ignite the air-fuel mixture. Any malfunctioning of these parts causes a misfire in the engine. During a misfire the air-fuel mixture fails to combust in the combustion chamber. The fuel ends up getting wasted and cannot power the vehicle. This leads to a lowering of fuel mileage.

A misfiring engine causes rough idling, hesitation while accelerating and a decrease in power from the engine. Spark plugs are the most important component of the ignition system, and often, replacing the spark plugs solves the problem.

People often think that older cars should be using a thicker engine oil to prevent leaks in the engine. People believe that internal seals and gaskets get worn out over time and a thicker oil is less likely to seep through the crevices.

Using the manufacturer's recommended oil type is essential to keep the engine running at its best. The engine remains lubricated and protected. The engine oil must be replaced at regular service intervals at an authorised service centre. Certain engine oil that are marketed as high mileage help in reducing oil leaks and overall oil consumption at the cost of lowering the fuel economy.

The amount of air flowing to the engine is measured by the mass airflow sensor in fuel injected engines. Similar to an oxygen sensor, the mass airflow sensor sends messages to the ECU which calculates the correct amount of fuel to add in the fuel injectors in order for a correct air-fuel mixture. A faulty mass air flow sensor will cause the ECU to miscalculate these amounts which will cause a drop in fuel economy or cause the engine to run roughly or even stall. Mass airflow sensors can be cleaned with special cleaning agents or they can be replaced by an authorized service technician.

9. Tyres that are not inflated correctly

The best thing to do to maintain the right fuel mileage is to keep an eye on the tire pressure and top up whenever necessary. Another option is to use special tires that have been designed to offer a higher fuel economy. These tires have a lower rolling resistance designed to save fuel and money by having less trips to the fuel station. It is best to pair these types of tires with other fuel saving measures, however fuel-efficient tires provide a greener and cost-effective ride always.

Driving with worn-out brakes is very dangerous, however

11. Wheels that are not aligned

Wheels that are not aligned will cause the steering wheel to sit at an angle when going straight. This will definitely cost you money in terms of higher fuel consumption. Similar to under inflated tires, wheels that are not aligned will cause resistance against the road. This constant fight of the engine against the resistance will lower fuel mileage. Wheel alignment is simple and inexpensive but it does wonders to improve fuel economy.

The quality of fuel that you put into your engine can affect the fuel mileage and engine life as well. Additives are available at fuel stations that improve the quality of fuel and make the engine run better. However, be careful about what additives you add into the fuel tank. A wrong additive may cause some components in the engine to malfunction. A good fuel additive unclogs the intake valves and fuel injection nozzles of after-burn deposits. The best option is to use good quality fuel from an authorised fuel station.

13. Excessive use of the air conditioner

Using the air conditionerall the time will reduce fuel mileage. The air conditioner draws power from the engine itself. The engine undergoes more strain and will start consuming more fuel to power the Ac. Instead of using the Ac all the time, one could lower the windows especially if the weather is good. This will help increase fuel economy. Out on the highway, it is better to keep windows closed because they will add to drag. But at low speeds in city driving, keeping the windows down is ok.

14.Driving in the wrong gear

In a manual transmission equipped car, driving in a low gear at high rpm will cause the car to consume more fuel, dropping the fuel mileage. If the car is always in the right gear, and the rpm is kept low, the fuel mileage will be much higher. Also, hard acceleration from first gear and unnecessary braking will consume more fuel. Shifting gears too often will make the engine fluctuate its torque output and cause a higher fuel consumption for the same distance travelled.

The idea is to be slow and steady with the accelerator pedal and avoid braking when it is not needed. Try to avoid these things and fuel mileage should most likely increase.

So, these were all the points that make your car have low fuel efficiency. Some of them can be improved by changing our driving habits while others can be avoided by receiving attention from a trained mechanic. Always keep a check on the mileage, and notice fuel mileage issues in the preliminary stage before it gets out of hand. A car delivering poor fuel mileage can indicate many things. Narrowing them down might be a challenging task, but it will mean less trips to the fuel station and less damage to your wallet.

Role of the clutch in your vehicle: Location and everything you need to know