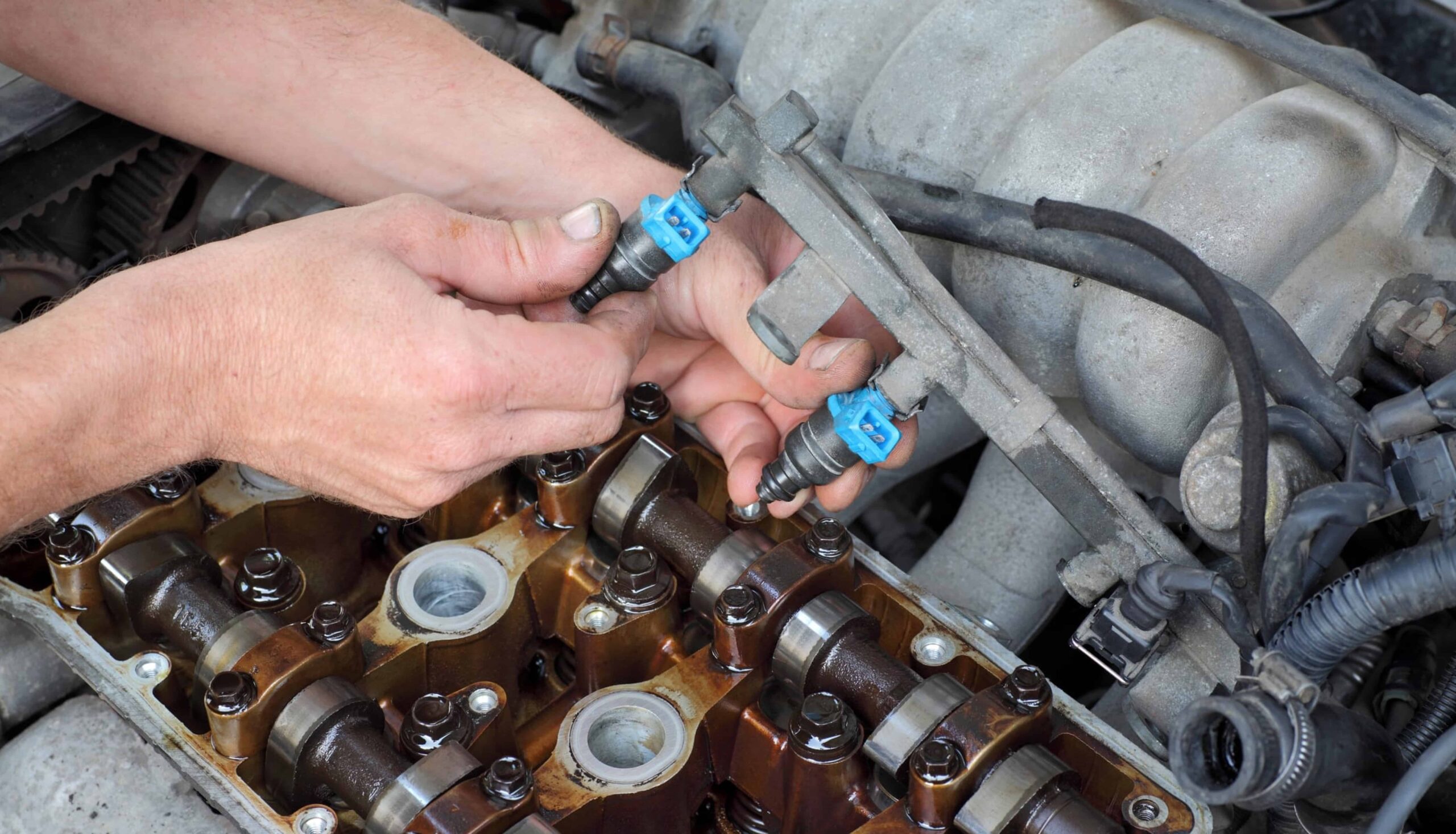 The fuel system of a vehicle has an important job, that is to provide the engine with the energy it requires to run, which is fuel, petrol, diesel, etc. Without fuel, the engine will not be able to run. Fuel system cleaning is a must if you want your engine to remain healthy and to have high power with low fuel consumption.

It is imperative that the fuel system is always kept in good condition to work efficiently. The fuel system of a car can get clogged up with carbon deposits which negatively affect performance, increases fuel consumption, and degrades the health of the engine over time.

First, let's have a look at the various components the fuel system is composed of. We have the fuel tank that is the reservoir of the fuel.Fuel lines are the pathways through which fuel is transported from the fuel tank to the engine. Fuel filters capture dirt in the fuel to prevent them clogging up the fuel pump and fuel injectors. Fuel pump, the component that forces fuel past the fuel filters into the engine’s fuel injectors. Fuel injectors are used to spray the fuel in a fine mist in the combustion chamber. And finally the spark plug which ignites the air fuel mixture and causes the piston to move downwards to rotate the crankshaft.

The fuel injectors are especially important because they have to produce a spray mist that is fine and wide for the spark from the spark plug to ignite it. If the fuel injectors get clogged with carbon or gummy deposits, the fuel will end up coming out as a stream and won’t ignite.

This will cause loss in power and wastage of the fuel, hence the fuel economy will drop.

How would you know it is time for fuel system cleaning?

Over time, the deposits from burning fuel start to build up in the aperture. This results in blockage of the aperture and the fuel which was supposed to flow  as a spray now instead dribbles from the aperture, diminishing the injector’s performance.

Symptoms which indicate a clogged fuel system includes poor idle, engine not reaching max. rpm, rough performance, increased fuel consumption and failed emission tests. Along with this, you may also encounter starting problems and may have to crank the engine too hard for it to start up. Because of the complex construction of the fuel injector system, it is necessary to have periodic service of the same for it to run efficiently.

Before cleaning the fuel system, you must know the benefits of it and how often the system should be cleaned. Generally it is advisable to clean the fuel system once in a year. The fuel filter should be changed every 30,000 miles of running or when the manufacturer recommends.

A clean and healthy fuel system performs at its optimum efficiency. You shall get better performance from the engine after regular cleaning of the fuel system. The fuel efficiency will also show drastic improvement and your vehicle will run smoothly.

A fuel system cleaner cleans the system and helps against building of carbon into the system. A fuel system is poured into the fuel tank along with fuel and the car is driven normally until empty. It is advisable not to refill the tank before empty after filling the tank with the cleaner.

Fuel cleaners are useful as they don't let the carbon build up in the system and need a top up after around every 3,000 miles. This is a good way to maintain the fuel system. These act like magic potions and soon the change will be visible. All in all, fuel system cleaners work somewhat. But also try to clean the system whenever possible.

You may refer to your car manual for a detail of the parts. To clean up the pump and filter, dissemble the complete pump system and clean out anything that comes in your way. Clean the fuel strainer properly for bikes. Clean parts with carb cleaner.

Ans. Absolutely Yes! Fuel system cleaning serves a great deal in improving the performance of the car as the engine gets the fuel efficiently. Moreover, your fuel consumption will decrease and you will get a better mileage if you clean the fuel system regularly.

Youtuber CHrisFix conducted a test to find out if fuel system cleaners really work. And the results showed that it cannot clean the pistons and parts completely. So, we advise to go for fuel system cleaning once in a while.

Ans. Yes, fuel system cleaning is necessary for an overall performance improvement of the vehicle. It should be done regularly.

Q 6. What does fuel system cleaning do?

Ans. Fuel system cleaning involves thoroughly cleaning the fuel injector, the fuel filter and other parts of the fuel system. It boosts mileage, smoothness of the engine and the performance.

Q 7. Is a fuel system cleaner good for your car?

Ans. No, fuel system cleaners are not harmful as they don’t contain anything that may harm the engine or the fuel system. They have ingredients that break carbon bonds and clean the system. That’s all.

Q 8. How much cost does fuel system cleaning involve?

Ans. Well, this may depend upon the car service center and is different for different cars. You should contact the service team about this. But since this is a cleaning process and does not involve replacement of parts so this shouldn’t burn a hole in your pocket.

To conclude, there’s no doubt that our fuel system needs cleaning once in a while to keep performing at its optimum. Due to non cleaning we see old cars don’t perform the same as they used to when new. So, never forget to get the system cleaned once a year.