Which is the Better Compact Suv: Toyota Urban Cruiser Vs Mahindra XUV 300 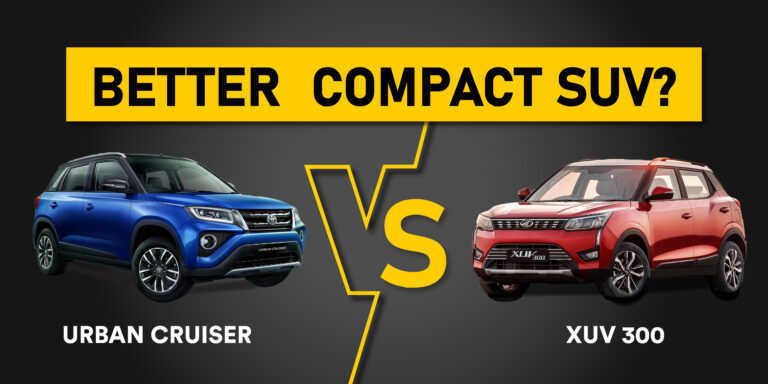 Considering the popularity of high riding SUVs, compact sports utility vehicles and cars that have good ground clearance and beefed-up suspension, it is no surprise that the Toyota Urban Cruiser is a favourite among car buyers. The SUV is currently the best selling segment in India, and Toyota has been riding this wave with the Urban Cruiser for a while.

The Mahindra XUV 300 is better known as the baby XUV 500 and the main competitor to the Toyota Urban Cruiser. Based on the SsangYong Tivoli of South Korea, it has been shortened and adapted to Indian road conditions. Since it has been a proven vehicle in foreign markets, we can be assured of its safety, reliability and build quality. The Mahindra XUV 300 is definitely a worthy buy and owners will be pleased with what it has to offer.

Many buyers are on the lookout for the best compact SUV translating into this segment being the most in demand around the country. 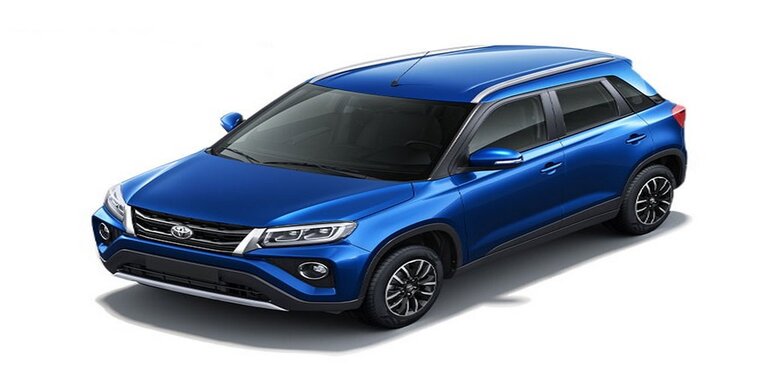 Every manufacturer has jumped on the compact SUV bandwagon and is eyeing on taking a chunk out of this body style by offering the right vehicle in their line-up.

The Toyota gets a 1.5 litre petrol engine that comes paired to a 5-speed manual transmission with the option of having an automatic transmission. The engine gets assistance from a 48-volt mild hybrid system. Acceleration is decent with a 0-100 km/h time of 11.69 seconds, which is quite quick and capable although it is slower than the competition, such as the Mahindra XUV 300.

The Mahindra XUV comes with two engine options, a 1.2 litre turbo petrol and a 1.5 litre diesel. The diesel unit is fantastic to drive, having good power output at low range and its delivery is refined, smooth and not very harsh. Out in the city and on the highway, the engine and gearbox work well and are a good match.

The petrol engine on the XUV 300 is refined and torque filled. Being a turbo it does have a lag below 2000 rpm before it kicks in, and quite potently at that.

The Urban Cruiser does a good job handling rough road conditions and deals efficiently with body roll, taking broken tarmac and rough patches in its stride. Suspension setup is firm yet pliable and leaves the occupants with a comfortable feeling. It takes inundations in its stride with ease. 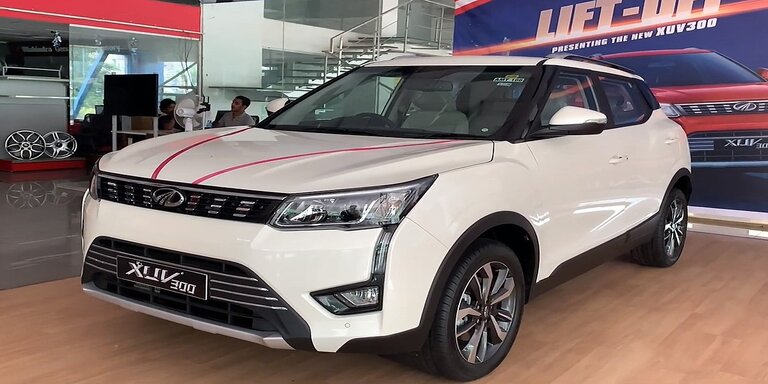 The Mahindra XUV 300 has a pliant ride, good comfort while seated, and light driving control (steering is well weighted and easy to steer), while there is good visibility through the wide windscreen. There are not many blind spots while driving and it flattens a dirt trail with aplomb.

The Urban Cruiser gets a practical cabin with features such as keyless entry, and the boot space provides decent room despite it being a sub 4 metre sub compact SUV. There are plenty of cup holders  and a 60:40 split function for the rear seats to open up even more space. 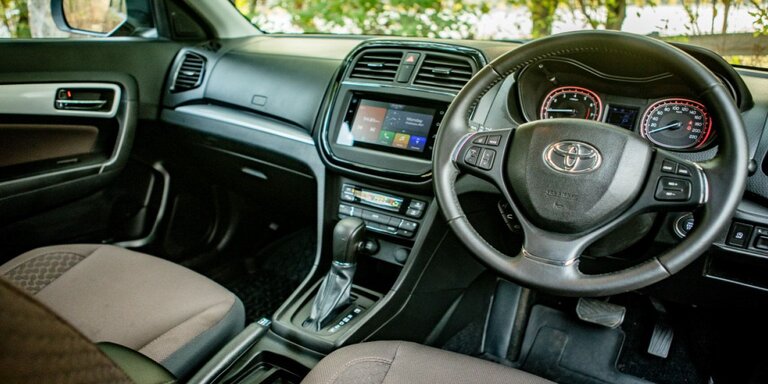 In the top-of-the-line Mahindra XUV 300 W8 version you get keyless entry, automatic LED headlamps with rain sensing wipers, dual zone climate control, adjustable drivers’ seat, a touchscreen multimedia system, USB/Aux connections, and Bluetooth. There is a sunroof as well which is a first in this segment as none of its competitors feature this equipment. 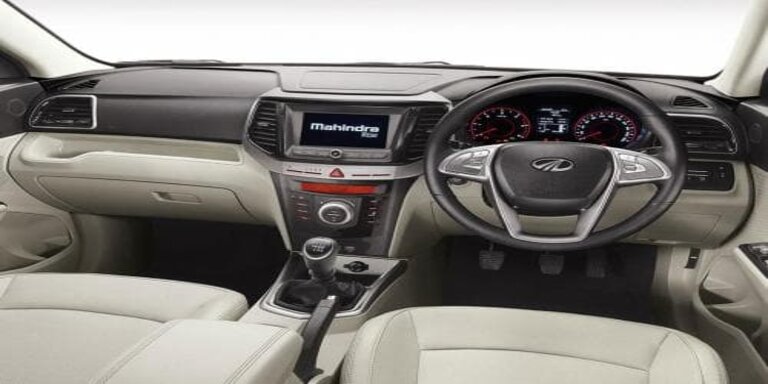 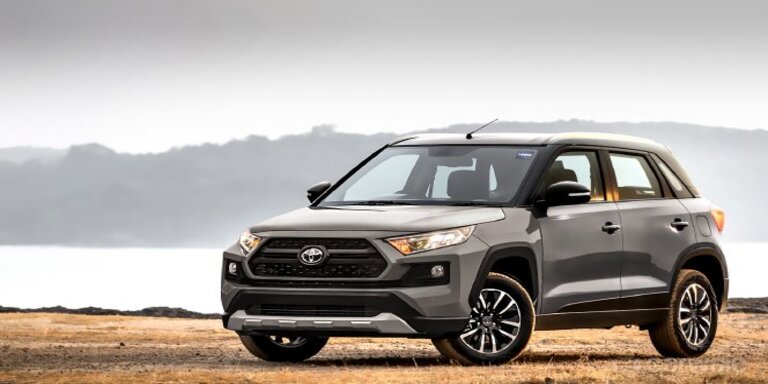 The Toyota Urban Cruiser’s engine opens up well, is smooth and rev happy. It is a pleasure to drive and has good refinement levels. It may not be as exciting as the Mahindra XUV 300 to drive but it does the job well as a daily driver and there are no complaints here.

Out on the highway, there is a slight lack of power and overtakes have to be planned in advance by shifting to a lower gear. A diesel engine option for the Urban Cruiser would be good.

Fuel efficiency is around the 15 kmpl mark and the Toyota hates urban traffic as mileage drops drastically. Ride and handling dynamics is better than most of its rivals, with body roll well contained and the compact SUV keeps good balance in all situations.

Noise, vibration and harshness levels are within limits and engine noise doesn’t creep into the cabin even at high speed on the highway. There is a tad bit of wind noise but it is nothing major. However, the Urban Cruiser could have done with better insulation.

The Toyota Urban Cruiser is a no-nonsense car and if serviced regularly and driven judicially, it should have no complaints. It is a fill it- forget type compact SUV and the Toyota service centre network makes owning an Urban Cruiser a pleasurable experience. 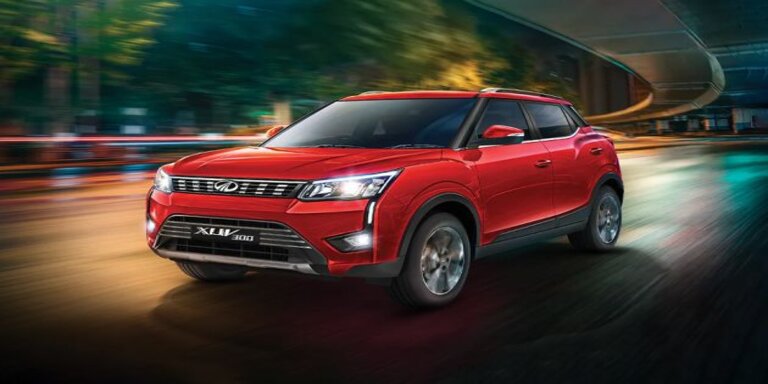 The Mahindra XUV 300 has solid build quality and is literally built like a tank. The doors close with a solid thud and there is nothing flimsy about them. The engine is very powerful and refined, and there is enough power in reserve throughout the rev range. In fact, it develops its maximum power output at a lower rpm than the Urban Cruiser which makes the engine a little bit more responsive.

Ride and comfort levels are high and the XUV 300 does a good job of managing broken road surfaces and bumps. High speed stability is great thanks to an advanced suspension setup that keeps the vehicle well balanced and gives the driver a lot of confidence.

The feature filled cabin is nice to be seated in and all the buttons have a soft touch feel to them which is well thought of by Mahindra. Fit and finish is above par and it can be said the cabin is practical. The only downside is the limited boot space which could hamper your long journeys with a full car. A bigger luggage compartment would have been better although considering this is a compact SUV that has been shortened before it came to India from South Korea, this small caveat can be overlooked.

Rear seat comfort is better in the Toyota Urban Cruiser, although it is the widest in the compact SUV segment. It can easily accommodate 3 adults at the rear and there is excellent legroom, although the under-thigh support is lacking. Also, there are not rear AC vents which may make your long journeys in the Mahindra XUV 300 that much less enjoyable.

The Mahindra XUV 300 gets a 5-star rating in the Global NCAP scores for safety standards and the top end variant gets 6 airbags. Safety is a big deal for Mahindra and they have done well to instil confidence in car buyers.

Pros of the Toyota Urban Cruiser

Cons of the Toyota Urban Cruiser

Pros of the Mahindra XUV 300

Cons of the Mahindra XUV 300

It would be perfect if Toyota had improved upon the shortcomings of the Maruti Suzuki Vitara Brezza, but the good part is that it has all the positive characteristics of its sibling. Rebadging the Brezza in this case has worked well for Toyota who have the added advantage of a wide dealer and service network throughout the country.

The Toyota Urban Cruiser is a no nonsense, practical, compact SUV that has mature styling and comfortable interiors. Adequate features are another advantage and so is the superior ride handling and driving dynamics.

The Mahindra XUV 300 may be a bit pricey compared to the Toyota Urban Cruiser, but it seems worth it. The diesel engine variant is the better choice, however, the petrol version is also a good performer and impresses on all fronts.

Q1. Which is a better compact SUV, the Toyota Urban Cruiser or Mahindra XUV 300?

Ans. The Urban Cruiser is sold by Toyota as a rebadged version of the Maruti Suzuki Vitara Brezza. It still is a good value-for-money proposition and makes sense as an everyday city driving compact SUV. The Urban Cruiser gets a refined petrol engine which provides for a smooth driving experience. It is a fuel efficient, city focussed, compact SUV that is perfect for the family.

The Mahindra XUV 300 is the brand's best sub- 4 metre compact SUV that has both style and substance. The only downside is the somewhat restricted space on offer. But if you are looking for a fun car to drive, feature rich and one that performs well on the highway, then the Mahindra XUV 300 is a good choice.

As per user experiences, the Mahindra XUV 300 is a winner because it has better mileage, excellent performance, comfort, and loads of safety features. However, the Toyota Urban Cruiser is a low maintenance car which keeps running costs down.

Ans. Both the petrol and diesel engines of the XUV 300 are good performers. The petrol is a 1.2 litre, 110 bhp of maximum power and 200 Nm of peak torque. The diesel unit is a 1.5 litre, 115 bhp and 300 Nm of torque. The engines get the option of a 6-speed transmission that ensures smooth shifting and refined power delivered through the drivetrain. Fuel efficiency for both the engines is also good.

Given these figures, the Mahindra XUV 300 is the better performer and user experience is skewed towards the XUV 300.

Q4. Which car is cheaper, the Mahindra XUV 300 or the Toyota Urban Cruiser?

Ans. The Toyota Urban Cruiser is cheaper than the Mahindra XUV 300 by Rs. 2.3 lakhs.

Q5. Which compact SUV has the better mileage, XUV 300 or Urban Cruiser?

Ans. The Mahindra XUV 300 has a better fuel economy figure of 20 km/l.