The month of September is when all the carmakers pull up their socks to offer the new cars into the market ahead of the festive season. The year 2021 have given us some great cars and the German trio was hyperactive this year. There is a slew of upcoming cars all set to launch in September 2021 whereas some are slated for a later date. We tell you the upcoming cars in India 2021 that are slated to get launched in September 2021. 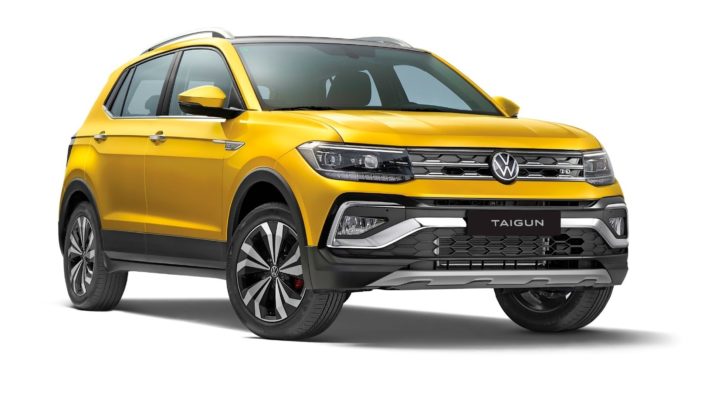 Volkswagen is coming up with its first made-for-India compact SUV. Volkswagen Taigun will take on the likes of the Hyundai Creta and Kia Seltos and is expected to be priced competitively. It comes powered with 1.0-litre TSI and 1.5-litre TSI petrol engines that can be had with 6-speed AT and 7-speed DSG respectively over the standard 6-speed manual transmission. Volkswagen Taigun shares its underpinnings and engines with the Skoda Kushaq and we expect slightly premium pricing over its Czech’ sibling. Force Gurkha was first showcased at the 2020 Auto Expo but since then, no much has been revealed. However, Force Motors has now started teasing with the images of the new Gurkha as the launch nears. Force is expected to launch the new Gurkha in September and it will offer all-new chassis and improved powertrain. Powering the new Gurkha will be a 2.6-litre diesel engine that’s mated to a 5-speed manual and 4x4 drivetrain. Force Gurkha will take on the likes of the Mahindra Thar and unlike the Thar, Gurkha could also be offered with 5-door variants. MG Astor is the ICE derivative of the all-electric ZS EV and it’s going to launch in the month of September 2021. MG will pack the Astor to the brim with new features including segment-leading Level 2 ADAS and AI personal voice assistant. It will come powered with 1.5-litre naturally-aspirated petrol and 1.3-litre turbo petrol engines with both manual and automatic transmission options. MG Astor will take on the likes of the Hyundai Creta, Kia Seltos, Maruti Suzuki S-Cross among other compact SUVs and crossovers. Ford India has been testing the upcoming EcoSport facelift on the Indian roads. The spied images have given the idea of the changed design that includes a new front grille with inverted L-shaped DRLs, new alloy wheels and a tweaked bumper. On the inside, Ford is expected to play with the colours whereas no changes are expected on the powertrain front. Ford will launch the EcoSport facelift this month-end and the prices will see a minor revision as well. Tata Punch is going to be the newest Micro-SUV in the market and it will rub its shoulders with the Mahindra KUV100. Even though it sits below the Nexon, the design of the Tata Punch is inspired by the Harrier thanks to the split LED headlight design. It will come powered with the 1.2-litre naturally-aspirated petrol engine whereas Tata could also offer the 1.2-litre turbocharged engine found in the Altroz i-Turbo. Tata is expected to unveil the Punch later this month whereas the launch is slated for the first week of October. Maruti Suzuki has been delaying the launch of the all-new Celerio for some unknown reasons. However, the new Celerio could get launched in September, carrying an all-new design and new set of features. The new Celerio will be based on the Heartect platform and will come powered by the 1.0-litre K10 petrol engine. The design of the new Celerio is improved than before and it’s curvier. Maruti Suzuki Celerio will take on the likes of the Hyundai Santro, Datsun Redi-go and Renault Kwid. Audi India has been launching a slew of cars in the Indian market with the aim to give tough competition to its German rivals. Audi recently launched the e-Tron SUV with three variants to choose from. Now the German marque is prepping to launch the e-Tron GT that is a Porsche Taycan under the sloping body style. The e-Tron GT shares its platform and batteries with the Porsche Taycan that is also slated to get launched in the Indian market.

If you enjoyed reading this article, make sure to check out more informative articles on the Carorbis Blog and also read Hyundai Casper May Not Come to India – Tata Punch to Lead?

Hyundai Casper May Not Come to India – Tata Punch to Lead?