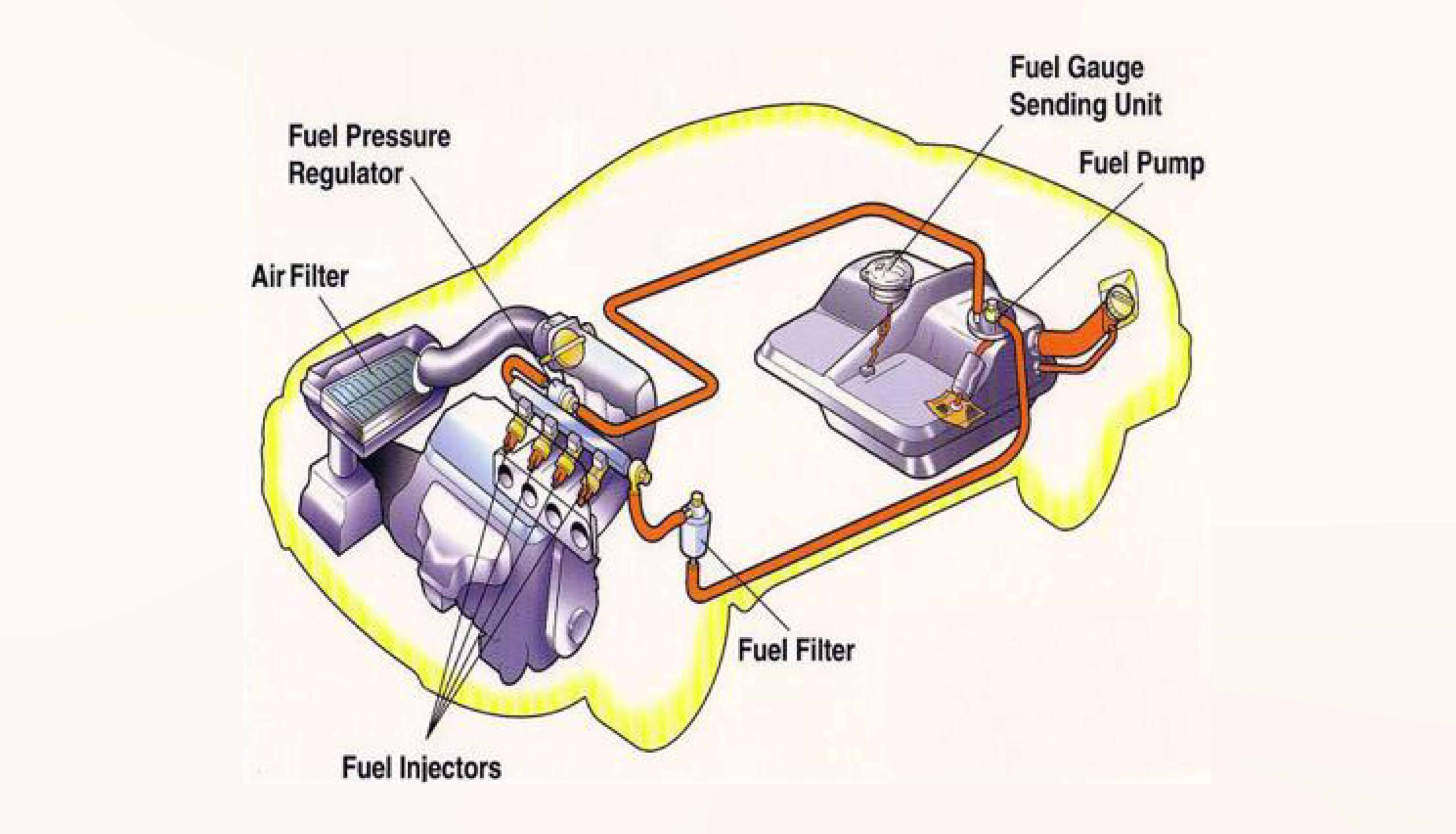 The main purpose of a fuel injection system or pump is to deliver fuel to the cylinders of a diesel engine, but the process of delivering the fuel impacts the engine performance, emissions and engine noise characteristics. Let us explore this system which affects so many distinctive features of an engine.

Purposes of a fuel injection pump

Unlike its petrol counterpart which is spark plug operated, a diesel engine demands fuel to be delivered at high pressure. For this, the system components must be able to withstand extreme pressures.

Some aspects that leads to optimum performance of the fuel injection system are:

This is related to bulk mixing. Fuel injection pump needs to provide sufficient air being utilized. For this purpose, the air inflow is divided into a number of jets and it is made sure that the fuel gets as much air as possible during the time of combustion.

The above explanation has been summarized into a diagrammatic form below:

Overview of low pressure side components

Obviously for the fuel injection system to work, the fuel must be transferred to it from the fuel tank. The low pressure side does this job.

The fuel tank acts as a reservoir of the fuel. Fuel tanks must be anti-corrosive and leakproof so that fuel does not leak. Fuel tanks should also be able to withstand pressure of above 30kPa. A fuel tank keeps the temperature of the fuel below its flash point. It also acts as a means to dissipate heat from the engine.

As fuel may contain contaminants so a fuel filter is necessary for the proper functioning of the engine. It can contain one or more stages of filtration.

A two stage filter typically has a filter set in the inlet side of the fuel transfer pump called as the primary filter. It filters out the larger contaminants.

The secondary filter is to filter out smaller particles which may damage engine components if these go to the engine. Secondary filter needs to endure high pressure.

One stage filters, filter the small and large particles with a single filter.

Common materials used in modern filters are synthetic fibers or cellulose which filters out the particles. Micro glass membrane can also be used but it is avoided due to the risk of damaging fuel supply components in case this micro glass breaks off.

In addition to the contaminants, the filtration system also has components to filter out water as water can cause serious damage to various components. A good approach is building a filter media which separates water from fuel.

This unit delivers fuel from the low pressure side to the high pressure side. There is a volume controller which is controlled by a metering unit installed on the suction side. This is responsible for providing the required amount of fuel to the pump.

This serves the function of increasing the volume of fluid in the system. In the fuel injected system, this component maintains a constant pressure and dampens pressure fluctuation at the time of fuel injection during combustion.

A fuel injector is an electronically controlled valve. Fuel pump provides pressurized fuel to this valve and it opens whenever it gets the command. It can open and close many times in just a second.

In simple terms, you can say it is the tip of the fuel injector. Through this nozzle the fuel is ejected out.

In petrol engines, the carburetor system is widely used. A spark plug is used to ignite the fuel. A carburetor is less efficient than the fuel injected ones.

In a carburetor, the fuel gets drawn from the tank directly and hence it is not controlled so uses a lot of fuel.

In short, the fuel injected system is a highly advanced mechanism and we have learnt a lot about this system  in this blog. It is good to know how your car engine works and which system is more efficient so that it can help you make decisions.

What is a differential? How does your car turn around a corner without making any wheel slip?