Why Is an Alternator Essential to a Car? 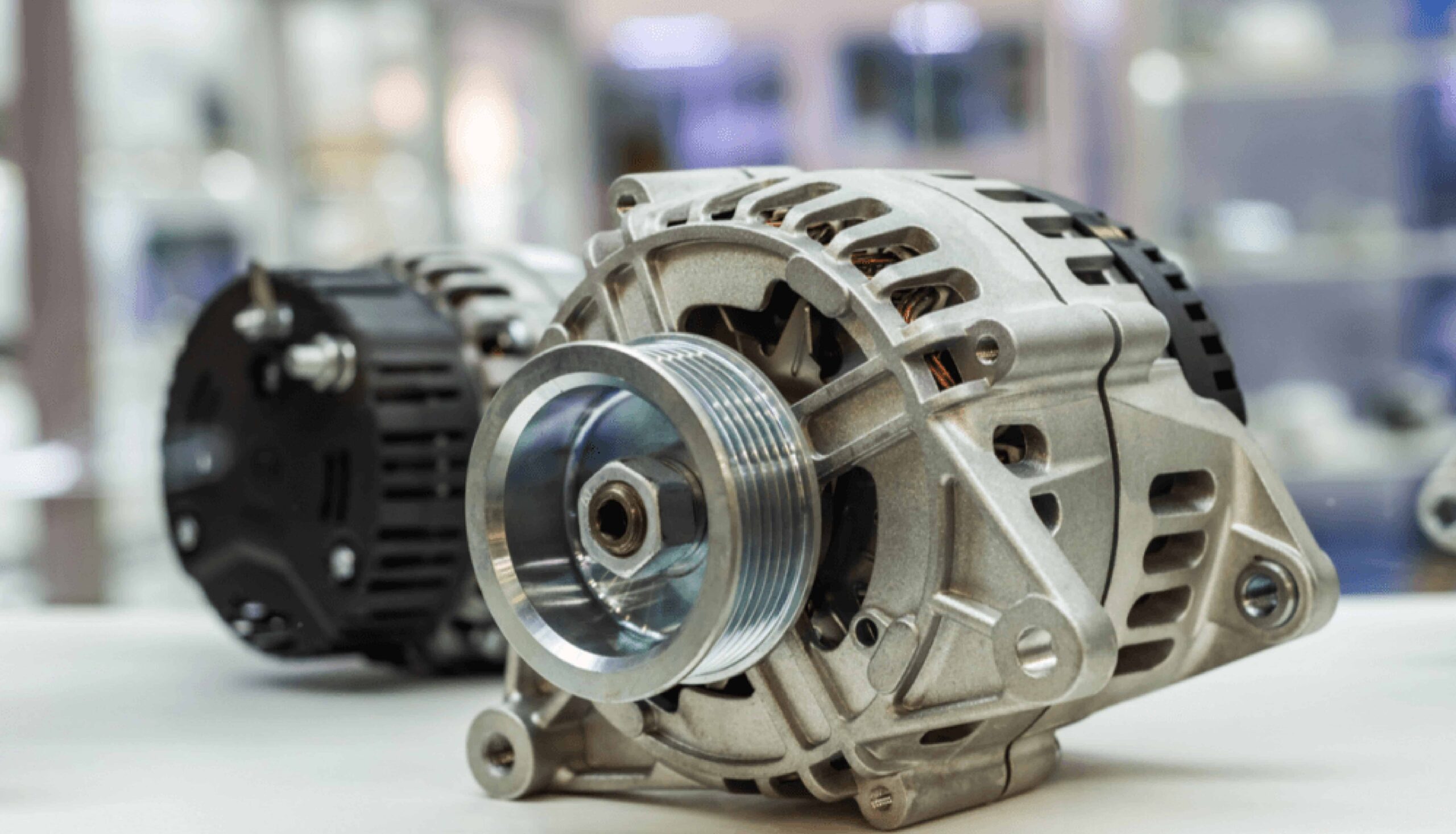 The alternator is an essential component of the electrical system of a car, and it is good to know how it operates within the car.

What is an alternator?

An alternator is a device whose purpose is to generate electricity and supply it to the various electrical equipment in the car, and also to recharge the battery. All cars with an internal combustion engine have an alternator with the exception of some hybrid cars which have large battery packs that store electrical energy. The alternator is mounted at the front of an engine and is run by a belt that draws power from the rotating crankshaft of the engine.

The alternator is a component that converts mechanical energy into alternating current (AC) which is a kind of electrical energy.

How does an alternator work?

What is the difference between an alternator and a generator?

So technically speaking, an alternator can be called a generator.

Major components of an alternator

Depending on the type of alternator, its components may vary. But there are some parts that are found in all types of alternators. This is the rotor, stator and rectifier. There are more components related to an alternator which we will get into subsequently.

An electric voltage is applied across the electric coil wires which produces a current in it. A resultant magnetic field is created around the coiled wires. Just like a permanent magnet, a North pole and South pole is created.

The rotor also has alternating North and South pole pieces placed along the electrical field windings wrapped around the iron core on the rotor.

The stator coil windings are placed at intervals of 120 degrees around the iron core. The rotor spins within the stator with the three coils of wire and produces an electric current. But how does it provide this potential difference to drive a current?

Physics explains that a voltage can be induced in electrical coil windings if the coil is rotated through a magnetic field.

The rotor spinning within the stator causes an induced voltage across the electrical coil windings of the stator due to the rotating magnetic field of the rotor.

The brushes and slip rings are required for the magnetic field. The rotor is an electromagnet due to an applied voltage on its field windings. The voltage is applied to the field wires via the slip rings. But where does the field voltage come from?

We have to look back at the rotor, which has now become an electromagnet spinning inside the stator. A voltage will be induced in each of the three wire coils of the stator. The induced voltage will be an alternating current (AC) because of the rotor switching its poles every time it makes one full rotation.

What we end up with is three separate voltages each 120 degrees out of phase with each other. This is due to the placement of the wire coil windings within the stator iron core.

The result is three alternating current (AC) voltages produced by the rotating rotor. However, a direct current (DC) is required to recharge the battery and power the electrical components in the vehicle. So, how is this direct current produced?

A rectifier is required for the alternator to produce a direct current (DC). The question is how is an alternating current converted into direct current. The conversion of AC to DC is managed by the rectifier.

What is a rectifier? A rectifier consists of a number of diodes.

Let’s have a look at how a diode works. A diode allows current to flow in only one direction. The diode is made of two terminals. A cathode and an anode.

What will happen when we apply an alternating current (AC) voltage to a circuit with a diode in it. We receive a direct current (DC) as the output voltage. The DC is not exactly stable, but we can rectify the bumpy signal further.

Conversion of AC to DC is known as rectification. A diode produces rectification in a circuit. So, it is safe to assume that the diode acts as a rectifier.

The alternator often has more than one diode in its circuit. Usually, the alternator will have six diodes in its assembly. The diodes are placed in a heat sinking material component to keep them from burning up due to the intense heat that is produced in them.

The reason we have so many diodes in the alternator is because we have three voltages separated by 120 degrees produced in the stator. So, in order to make use of all three voltages we will dedicate two diodes for each phase of the current. The diodes are designed in such a way that it will rectify and convert both half cycles of all three stator AC voltages.

The output from the diode trio is fed to the voltage regulator and becomes the second source for the rotor electromagnet once the engine is started and running. The voltage regulator looks just like the rectifier. It comes in different types depending on the vendor.

As mentioned earlier, the faster the rotor spins, results in a higher voltage produced by the stator. The voltage regulator in an alternator acts as a monitoring device for the voltage as it follows the battery voltage.

The main purpose of the voltage regulator is to adjust the energising voltage of the stator so that the output voltage remains somewhat stable irrespective of the rotational speed of the rotor.

How do the components of an alternator work together?

After having described all the parts of the alternator in detail, let’s see how all of them come together.

How does the alternator charge the battery?

The direct current (DC) voltage is used to recharge the battery. Like all vehicle components, the alternator undergoes wear and tear. If the alternator is not outputting the correct voltage, the battery may not fully recharge and this may lead to starting trouble the next time you try to crank up the engine.

What is the difference between a dynamo and an alternator?

Alternators and dynamos are both devices that convert mechanical energy into electrical energy. Dynamos have the same major components as compared to alternators with a few differences. However, the main difference between them is the type of current they output. Dynamos produce direct current (DC) whereas alternators produce alternating current (AC) which is rectified into DC before it charges the battery and powers the electrical components in a vehicle.

Like all components in a vehicle, the alternator is subject to wear and tear. A worn-out alternator will not be able to recharge the battery and will have trouble powering all the electrical equipment on board. So, it is a good idea to keep the alternator well maintained by having it inspected by a certified mechanic periodically as the car goes in for service.