How Does Coolant Keep Your Engine Running? 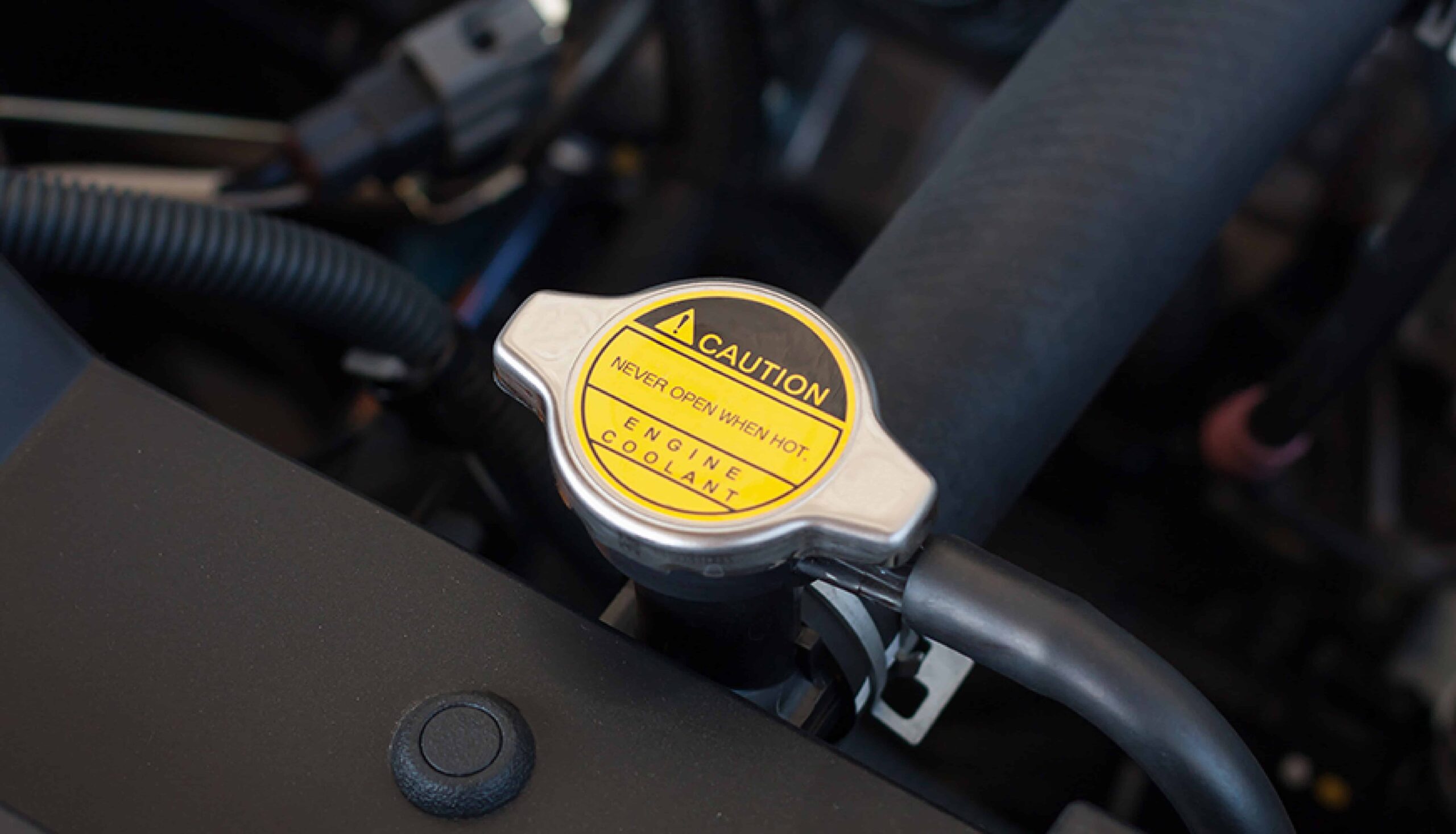 Engine coolant in a car is a fluid that runs through an engine in order to keep it within its correct operating temperature range.Engine coolant is made from ethylene glycol or propylene and water along with some protective additives. Coolant is sometimes called antifreeze and is used in cold climates that tend to freeze the coolant inside the engine.

When a car engine is running, it produces a lot of heat and constantly needs to be cooled down to prevent engine damage. The engine is able to stay within its correct operating temperature range with the help of coolant that circulates through the passages in the engine block and valve head.

Without proper protection, the engine gets too hot and can wear down. Coolant helps the engine cool down and protects it from overheating. Coolant is also used as a lubricant for the moving parts that it comes in contact with.

The engine is one of the most expensive parts of a car, and any damage to it can be very expensive to repair or replace.

What does coolant do?

What does coolant actually do? The main job of coolant is to transfer heat and offers protection for the engine from extreme temperatures. This way the car engine stays in optimal running condition.

When internal combustion engines burn fuel, they use part of that energy to move the vehicle forward. The rest of the energy is converted into heat and must be cooled down else it may harm the engine components.

Part of the heat generated moves out of the vehicle through the exhaust system, the rest of the heat stays in the engine block, and it is up to the coolant to absorb this heat.

Many engine failures are caused due to inadequate cooling. Engine coolant is used to keep engines running at their ideal temperatures and to protect the engine.

How does coolant work?

What does coolant consist of?

Water has better heat absorbing properties than ethylene glycol, so water would be the better choice if you consider the best liquid is one with the ability to take away heat from the engine.

However, water has the tendency to rust iron parts in the engine and this rust is circulated through the system until it reaches the radiator and starts clogging the pathways. The interior of the cooling system gets filled with this rust sediment and then interferes with the cooling process.

Coolant prevents rust from forming in the engine block. Also, additives in the coolant work as anti-freeze preventing the coolant from freezing in very cold climates. Water would on the other hand freeze and expand in the hoses and radiator. This would cause the components of the engine to crack and experience increased pressure.

Inorganic acid technology coolant – this type of coolant was used in older cars for many years. This coolant loses its properties very quickly therefore it had to be replaced often. The colour of the coolant was either yellow or green.

It is always a good idea to refer to the owner’s manual to see what the manufacturer’s recommended coolant is. Using the wrong type of coolant in a vehicle could lead to poor performance or even engine failure.

How often should you change coolant?

The coolant should be changed according to the manufacturer’s recommendation, so the time period varies from vehicle to vehicle. With all other fluids that the engine needs, they have to be replaced as per the recommendation of the manufacturer. Some manufacturers use a special type of coolant for high-mileage cars, a coolant that is formulated specifically for that vehicle which has special additives to serve the purpose.

Generally speaking, the coolant of a car should be flushed and changed roughly about every 50,000 kms. Whereas some newer models will require a coolant replacement at 10,000 kms.

When replacing the coolant in a vehicle’s engine, it is important to completely flush out the old coolant to remove any traces of rust or sediment that may have built up in the cooling system. Otherwise, the rust and other particles may clog up the radiator system which has fine tubes for the coolant to pass through.

If you notice the coolant has foreign debris or sediment like particles floating around, then the coolant must be flushed immediately to prevent damage to the cooling system.

What does coolant provide protection from?

The coolant of the correct type and mixture should provide protection from:

If a wrong type of coolant is added into the system, it may cause corrosion and break down, which can affect an engine adversely in the long term. The effects of a wrong type of coolant can be seen in the long term, perhaps after a year of using it. They may show up as deposits and other sediment floating in the coolant liquid, caused by corrosion of metal and non-metallic components in the engine.

Anti-freeze may contain additives such as silicates, nitrates, or borates to prevent the effects of corrosion and oxidation. The additives usually make up less than 10% of the solution.

The terms anti-freeze and coolant can be used interchangeably, however there is a slight difference between the two. Coolant is the mixture of anti-freeze and water that is added into the car’s cooling system. Anti-freeze is the chemical or additives component of this mixture.

If you notice any of the following, it may mean that you have a problem with the anti-freeze or the cooling system.

Water by itself cannot be used as a coolant for the engine because of its low boiling point and freezing point. Water also is not able to protect the engine from corrosion and rust, in fact it causes it. The ability of water to absorb heat is also not very good. Water can be used in an absolute emergency, but it is advisable to get the vehicle filled up with the correct fluids as soon as possible to prevent damage to the engine.

What is a radiator?

The radiator is the central cooling system of a car. The mixture of anti-freeze and water passes through the radiator which takes away some of the heat in the coolant. It has a fan which blows cool air over the fins of the radiator which is how cooling of the liquid takes place.

The water pump circulates the coolant liquid around the engine block and head, and a thermostatically controlled radiator fan turns on periodically to draw in cool air over the radiator fins. The coolant thus cools down and is sent back to the engine block. The radiator is usually made of aluminium or plastic and is thought to be rust- resistant, although the metal can still corrode. The coolant contains anti-corrosion additives that prevent the metallic parts in the radiator from rusting.Certain radiators have plastic parts that can break or crack under high temperatures and pressure.

For the radiator to last the lifetime of the vehicle, it has to be flushed and replaced periodically as advised in the owner’s manual according to the manufacturer’s recommendation.

Debris from corrosion, sediment, dust and dirt can enter the cooling system and cause the radiator to lose its ability to cool. Radiator hoses that allow the cooling system to connect with it can also get damaged and develop cracks. Thermostats that monitor the coolant temperature may also fail.

The cooling system must undergo a regular service and be maintained in order to last the lifetime of the vehicle.

Why is coolant important?

The heat produced by an internal combustion engine will quickly destroy itself without the help of a coolant to keep the temperatures at an acceptable level. Water cannot be used as a substitute for coolant because it will boil very easily as the temperatures within the engine exceed 100 degrees Celsius. Similarly, the water would completely freeze when the engine is idle and if the ambient temperature falls to below zero degrees Celsius.

Coolant is important for the engine because its ingredients of glycol and water ensure that it doesn’t boil in hot temperatures and doesn’t freeze over in cool temperatures. The additives present in coolant also prevent corrosion within the engine parts.

Nearly all internal combustion engines use coolants. Without coolants the engine would not be able to work for very long. It prevents your engine from getting too hot or too cold and adds a bit of anti-corrosion properties to the internals of the engine as well. The coolant plays a critical role in balancing the temperatures inside an engine.

Coolant plays a critical role in ensuring the engine is operating at its optimum level. Overheating could result in the deterioration of the engine oil or even the engine itself.Using the proper coolant as prescribed by the manufacturer of the vehicle and following careful preventive maintenance is crucial in extending the life of the engine and ensuring it performs well.