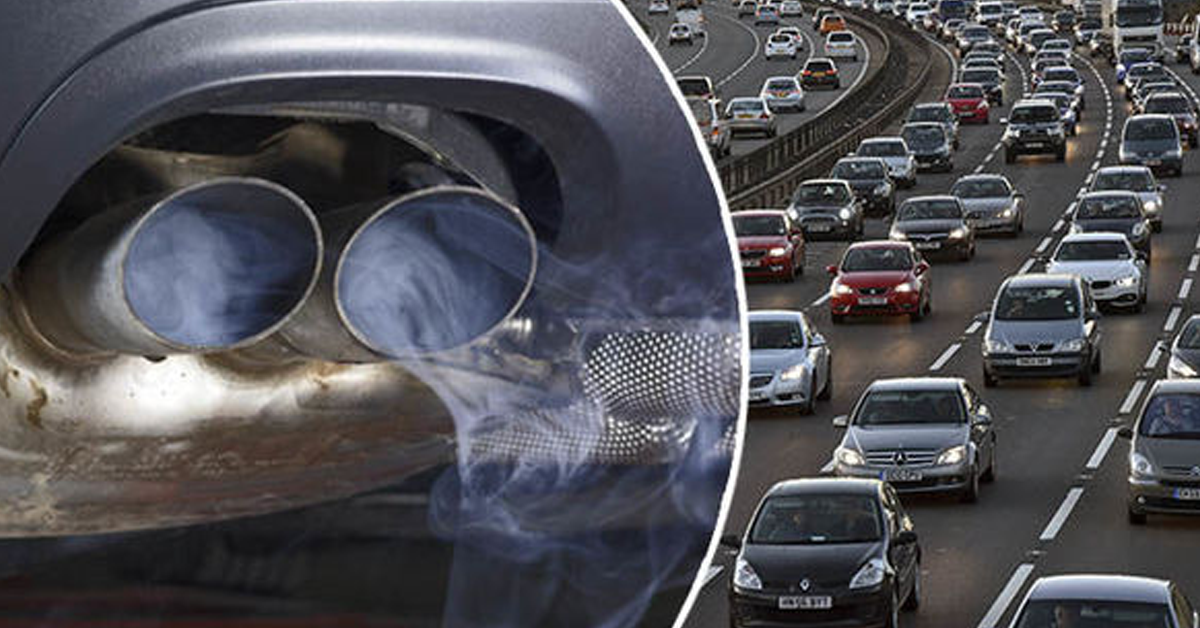 A vehicle that fails an emission test may come as a real surprise especially if your car is running smoothly and you don’t notice anything is wrong. The reasons why your vehicle could fail an emission test could range from a faulty oxygen sensor, a bad ignition system to an issue with the exhaust system.

Read further to discover the common reasons why a car would fail an emissions test. There is also information on how to get your car back on the road as fast as possible.

What Could Be the Reasons Behind a Failed Emission Test?

There could be many factors behind a failed emission test, but some of the most common reasons could be a faulty catalytic converter to bad fuel injectors that provide a rich air-fuel mixture. Let’s have a look at why a vehicle fails an emission test and possible workarounds to pass it.

Issues with a faulty exhaust system due to general wear and tear and extreme weather may cause a dip in fuel efficiency increased engine noise, or vibrations in the vehicle.

If you can identify the cause of a failed emission test, you will have a smoother, quieter ride and potentially have superior fuel efficiency. The best part is you will be reducing any harmful effects on the environment.

A catalytic converter in your exhaust system is responsible for converting the toxic hydrocarbons that your engine emits into clean, green gases that do not harm the environment. Inspect the catalytic converter for damage and ensure that the precious metals in it are intact. The precious metals are responsible for converting the toxic gases into clean exhaust emissions.

If the catalytic converter is not working properly, the vehicle will definitely fail the emissions test.

An oxygen sensor is present in most exhaust systems and measures the amount of oxygen gas emitted in the exhaust. Having an oxygen sensor malfunction is very common and may be caused by a number of reasons.

The oxygen sensor may not be able to measure the amount of oxygen gas in the exhaust gases due to a leak which will allow harmful fumes to pass through. This would surely result in a failed emission test. It would also most likely indicate a problem on the car dashboard or through the on-board diagnostic test.

Failed oxygen sensors are also responsible for overheating of the engine, loss of power and higher toxic fumes being emitted from the exhaust system.

Problems With The Ignition System

If the car has not been maintained properly or you don’t drive it often, you will most likely have problems with the ignition, because it has been sitting idle for a long time.

Check for worn out spark plugs (they lead to incomplete combustion of the air-fuel mixture), defective high-tension leads (they do not provide enough current to the spark plugs), advanced ignition timing (the engine will not run smoothly), or dirty fuel injectors.

If the vehicle is emitting high levels of carbon dioxide and carbon monoxide it could be due to a faulty ignition system or a rich air-fuel mixture (there is too much fuel in the combustion chambers), which leads to excessive hydrocarbons in the exhaust.

If the vehicle is failing an emission test, you will have to inspect the oxygen sensor, fuel injectors for leaks or a fuel pump that is working inefficiently.

Overdue For An Oil Change

The vehicle may be failing on the emission test because the oil has not been changed in a long time. The car’s manual specifies the correct time period to change the engine oil and if you miss these by any chance, then it could lead to a failure on the emissions test.

Dirty oil that resides in the engine’s crankcase could release additional pollutants that would not get into the exhaust system if the oil was clean. Fresh oil after an oil change means fewer contaminants, raw gas vapours and hydrocarbons in the exhaust system.

If you want your car to run pollution free, then get an oil change soon.

An Engine Check Light Is On

Have you ever driven your car with the check engine light on despite the fact that the dashboard was blinking this indicator? If the engine check light is on, then you can be sure that the car will fail an emissions test. The engine is a complicated piece of machinery and a leak in any part will throw the whole system off.

It is best to take your car to the nearest certified technician and solve the issue as soon as possible to prevent further damage to your emission system.

There are only a few reasons why your vehicle would fail an emissions test. An emissions test ensures that your car engine is emitting the least number of hydrocarbons and pollutants into the atmosphere, so if you get the issue fixed, it means a healthier environment, benefits for your health and community.

An emissions testing agency can only tell if you pass or fail a test and they won’t offer much advice on how to get the problem fixed. Your nearest service technician will have a better idea of how to circumvent the problem and what components to replace or repair.

Q1. What will cause a car to fail an emissions test?

Ans. Your vehicle may fail an emissions test due to a case of high hydrocarbon emissions from the exhaust. The reason for this most likely is a faulty ignition system. This may happen if the vehicle has not been maintained properly or has been sitting idle for a long period of time.

Other reasons for a failed emissions test include a damaged catalytic converter, faulty oxygen sensor, rich air-fuel mixture or a vacuum system leak.

Q2. What causes your car to not pass an emissions test?

Ans. Even if your car is running smoothly, it may not pass an emissions test for the following reasons:

Q3. How do I fix my emissions problem?

Ans. The best way to prevent an emission test failure is to take care of your vehicle. Ensure that you have the oil changed at scheduled intervals of time. If the air-fuel mixture is too rich, there could be a fault with the oxygen sensor or the fuel injectors. Have them checked out to prevent the air-fuel mixture from getting too rich (too much fuel being dumped into the cylinders).

Worn out spark plugs may lead to incomplete combustion of the air-fuel mixture in the combustion chamber. Replace the spark plugs with new ones to get cleaner emissions, and prevent the catalytic converter from getting damaged. A leaking or loose fuel tank is an easy fix, you just have to buy a new one (it will be inexpensive).

A dirty air filter will cause the air-fuel mixture to get too rich, which isn’t good for clean emissions. If the check engine light is on, take your vehicle to the nearest service technician to resolve the problem. Usually, he will hook up your OBD (On-Board Diagnostic) to a laptop to pinpoint the cause of the check engine light being on.

Q4. How do I get around my emissions test?

Ans. If there is a check engine light that is on, take care of it by replacing the faulty component, such as a defective oxygen sensor that is causing excessive emissions.

Another method is to take your vehicle out for a ride on the highway. This way the catalytic converter will get unclogged with the carbon deposits clearing away.

Get the engine oil changed. The engine will run smoothly and the vehicle will emit fewer emissions.

Make use of an engine cleaner (fuel system cleaner). The engine cleaner contains powerful detergents that get rid of carbon deposit build-up on key engine components, such as valves, piston rings, and ports. The result is to lessen carbon emissions produced by the vehicle.

Q5. How do you fix an emission test failure?

Ans. An emissions test measures the levels of hydrocarbons and particulates in the exhaust emitted by the vehicle under certain test conditions.

If your vehicle has failed an emissions test, here are some ways you can fix it so that you will clear the test the next time:

Q6. Why would a car fail an emissions test?

Ans. During an emission test, the exhaust gases of the vehicle are analysed and they are tested for oxygen, hydrocarbons, carbon dioxide, carbon monoxide and nitrogen oxide levels. This is to ensure that the level of these emissions is below the legal limit.

Reasons for a failed emission test could be one or more of the following:

Q7. How much does it cost to fix emission problems?

Ans. If your vehicle has failed an emissions test, or you are having problems with the exhaust system, you should have your vehicle looked at by a certified technician who is experienced with emission systems.

The cost of repairing a faulty emission system on your vehicle depends on the cause. It could mean replacing a bad oxygen sensor, or just cleaning the air filter. The fault could lie in a fuel injector or the exhaust catalytic converter may need replacement. Each of these component’s costs are different, however, fixing an emissions problem will not be too expensive.

Q8. What happens if you fail an emissions test twice?

Ans. If you fail an emissions test, you will not be able to renew your registration and the car or motorcycle will have to be repaired before the next emission test is administered.

Usually, it will be a case of replacing or repairing certain components in the exhaust system of the vehicle. Depending on the state where registration is taking place, the emission tests may differ and they may have varied procedures for a re-test.

Q9. What happens if you fail an emissions test 3 times?

Ans. You may be fined a certain amount or the vehicle may not be registered and considered illegal to drive on the road.

Q10. There is no check engine light - but why did the car fail an emissions test?

Q11. Should I buy a car that has failed an emissions test?

Teflon Coating vs Ceramic Coating Explained: Deciding On Which One Is Better!