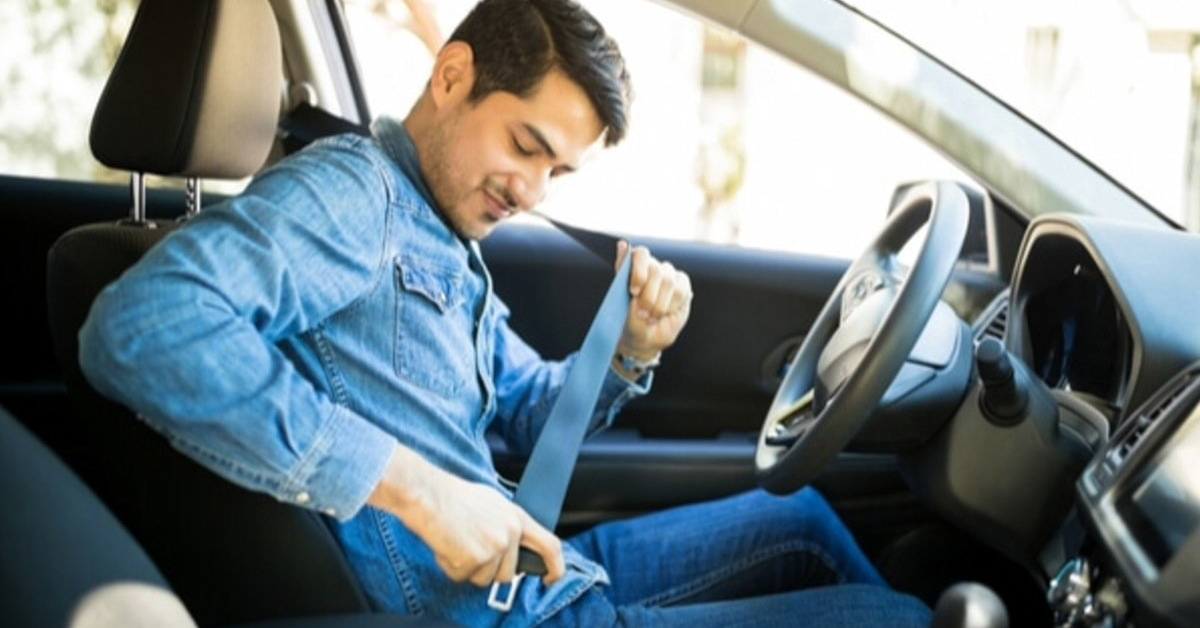 The Indian Government has been urging car manufacturers to include more advanced car safety features, and since 2019 they have made it a priority for them to comply with these laws. Safety features of cars such as driver’s side airbags and ABS braking system have both become mandatory on all cars, and is a good step towards safety.

The Government and the Ministry of Road and Transport are planning to add more laws that will make cars safer for occupants. These laws will make safety features such as speed warning, electronic stability control, and tyre pressure monitoring systems mandatory on all cars for the benefit of drivers and passengers.

Making a safe environment for car drivers is one of their main objectives and we can see manufacturers moving in the right direction towards occupant safety.

Safety has become a prominent feature on the car buyer’s priority list, taking the place of other features such as mileage. Safety standards have moved forward in leaps and bounds ever since Global NCAP started testing Indian cars. Dual airbags and ABS braking systems have already become standard on new cars, and there are many other safety features in the pipeline that are expected to become mandatory in the future.

Indian cars are also showing improved safety ratings compared with their lacklustre performance in the previous years. Recently we have seen many cars with a long list of safety features and a 4–5-star rating lifting Indian cars up to international standards in terms of safety.

What Are Some Car Safety Features?

Here is a list of essential safety features that are available on Indian cars that provide for a safe drive and a safe life.

Parking is always a concern for drivers, especially when they need to reverse a car into a tight spot. Visibility is usually limited at the rear and the driver would have to make use of rear-view mirrors to park correctly. Still, there are many blind spots at the rear and drivers may find it difficult to park.

Parking sensors are an important safety feature for cars. They produce acoustic pulses that are reflected by obstacles in the way of the car. The time taken for these acoustic pulses to return back to the sensors tells the system how close they are to the vehicle.

If there are no obstacles in the vehicle’s path, the sensors remain silent and allow the driver to reverse into the parking spot. If there is another car or a wall in the way, the parking sensors begin to beep loudly to alert the driver that he needs to stop and change his direction.

This is the international Organisation for Standardisation that specifies the type of anchoring points for child safety seats in vehicles. The standard attachment points in cars enable one to safely and securely fix an ISOFIX standard child safety seat in the car. It is an alternative to fixing the child safety seat with seat belts. Internationally, ISOFIX has been a safety standard since 2002.

The installation is also quick and easy to remove. It enables you to install the child seat with a simple click and a similar procedure to remove the seat.

ESC (Electronic Stability Control) is the combination of Antilock Braking System (ABS) and Electronic Brake force Distribution (EBD) as well as electronic traction control. The system works by modulating the braking system with acceleration to keep the driver in control of his car during an emergency manoeuvre where there is hard braking and the vehicle is likely to lose control.

ESC is managed by an onboard computer, the ECU (Engine Control Unit) and sensors on the wheels and brakes that tell the system how fast the tyres are rotating, how much force is applied on the brakes and if the wheels are slipping or losing traction. When the tyres lock up under braking, the braking force is reduced to momentarily allow the wheels to grip the road surface so that the driver can safely steer the vehicle away from the obstacle.

Speed warning systems produce intermittent warning beeps above 80 km/h and constant beeps over 120 km/h. The system is effective in preventing drivers from over speeding. Excessive speeds are rated as one the most common causes of road accidents.

When the car crosses the 120 km/h mark, the driver experiences an audio alert which tends to be a little irritating. The driver immediately realises he has crossed the speed limit and will decelerate to reduce speed. The speed warning alert system is very effective in speed management and is referred to as an innovative solution to curb over speeding.

Certain vehicles are exempt from the speed warning alert system such as police cars, ambulances, and other government vehicles because many of these cars have a top speed less than 80 km/h. Maruti Suzuki is one of the first manufacturers to have installed this system in their cars having rolled out this safety feature in the Ciaz and updated S-Cross.

The Tyre Pressure Monitoring System (TPMS) installed in a car monitors the real time pressure of the vehicle's tyres and displays this information to the driver. It is an electronic system that has sensors placed on the wheels that relay the tyre pressure readings to the vehicles onboard computer via Bluetooth or radio frequency.

The graphical display in the instrument cluster will alert the driver of low pressure in any of the tyres which is a safety hazard. The low-pressure warning system will guide the driver to correct the tyre pressure as necessary.

The TPMS is an important safety feature in your car. Aside from the seatbelt, it is considered one of the most essential safety features in a vehicle.

The ABS system in a car is essential to prevent the wheel from locking up under emergency braking. If the tyres do not lock up, they will not skid and the driver maintains steering control to avoid an obstacle such as another vehicle or a pedestrian.

The braking system achieves this by applying an activate and release motion on the brake pads. The brakes are applied till the wheel starts to lock up. When lock up occurs, there are sensors on the wheel that indicate they are not rotating. This is a potential loss of control moment for the vehicle, so the brakes are immediately released to allow the wheels to rotate. Brake force is then applied again and this continues till the vehicle speed is reduced completely.

ABS has become a mandatory requirement for all cars in India since 1st April 2019.

Electronic Brake Force Distribution works in conjunction with ABS during emergency braking manoeuvres. EBD works by applying the right amount of braking force to each individual wheel to maintain maximum grip and traction.

The front of the car is heavier than the rear due to the weight of the engine. If an equal amount of pressure was applied to all four corners of the car, the front of the car would skid out of control or the rear wheel may lock up causing a spin or maybe even a roll-over. EBD ensures that the vehicle comes to a controlled stop despite this unequal distribution of weight.

Airbags provide a soft cushioning effect for driver and passengers in the event of a collision. Dual front airbags are now standard across all cars in India since 2019 along with ABS (Anti Lock Braking System). Even base variants feature airbags which will go a long way in saving lives on the road.

For airbags to work effectively, they have to be used along with seatbelts as a supplementary restraint system, otherwise they may end up injuring the occupants.

When there are senior citizens shopping for new cars, there are additional safety features that have to be considered.  The perfect car for an older driver will have advanced technologies to make driving safer and easier for them. Headlights that have high beam assistance and blind spot detection are helpful for seniors who have some visual impairments which prevent them from seeing the road clearly.

These technologies enhance the safety of a vehicle and ensure that even senior citizens can reach their destinations without worrying about accidents on the way.

Indian authorities follow the Global NCAP ratings to grade a vehicle on its safety. The test involves a simulation of a head-on collision between two cars. In India, the vehicle to be tested on its safety levels is driven at 56 km/h into a deformable wall. This is in contrast to the Global testing procedures where the vehicle to be tested is driven at a speed of 64 km/h.

The vehicles receive a star rating out of 5, which means the safest vehicle receives a 5-star rating, with unsafe vehicles receiving a lower rating. Two criteria are considered when testing a vehicle’s safety rating:

Based on these factors, the vehicle is tested for safety, and different cars can be compared on their safety ratings. This is helpful for car owners when they choose a new car because they can compare which cars are safer than others.

Apart from high NCAP ratings, car buyers in India look for SUVs due to their strong build quality, high ground clearance and added safety features that make them a good choice as family cars.

Car safety was often overlooked when buying a new car in India, where buyers used to pay more attention to interior cabin space, mileage and exterior design. But recently, safety has become an important part of the decision-making process for new car buyers.

It is a fact that India is one of the top countries registering deaths due to accidents on the road every year. While many of these accidents could be avoided by good driving habits and by following traffic rules, a large percentage of these mishaps are caused by lack of safety features in cars, such as ABS and front airbags.

Modern cars are now much safer thanks to many safety features that can save lives and prevent injuries on the road. The Government has been putting the right amount of pressure on auto makers to make them comply with safety standards. This translates to even entry level cars featuring the basic safety standards.

Ans. ESC is not a mandatory safety feature on cars yet, however the government does plan to make it compulsory by 2023.

Q2. Why are child seats with ISOFIX required on cars?

Ans. Regular seats are suited for adults and they keep the occupant safe by means of SRS (Supplementary Restraint System) like seatbelts in addition to airbags. ISOFIX brackets have special mountings that allow a child seat to be fixed and keep them restrained in the case of an accident. Children cannot be seated in regular seats as the seatbelts will not be able to restrain them.

Q3. Can speed warning be turned off?

Ans. Speed warnings on a car cannot be turned off and are in place for the driver and passengers’ safety. It provides a warning bell when you cross a certain speed limit on your car.

Ans. Currently TPMS (Tyre Pressure Monitoring System) is not a standard feature on cars but it can be installed aftermarket on your car.

Q5. Is it possible to replace faulty parking sensors?

Ans. Yes, they can be replaced. You will have to find the correct replacement parts and have them replaced by a certified technician.

Q6. Which is the best car with safety features in India?

Ans. The Tata Nexon is rated as the safest car in India with a Global NCAP rating of 5-stars. It is the first car to do so. The Tata Nexon is a compact SUV with a robust exterior and muscular design. Safety features on the car include dual front airbags, ABS with EBD braking system, electronic traction control and stability programme, roll-over mitigation, hydraulic brake assist, hill hold control and many other safety features as standard.