Turbocharger vs Supercharger: Which is better? 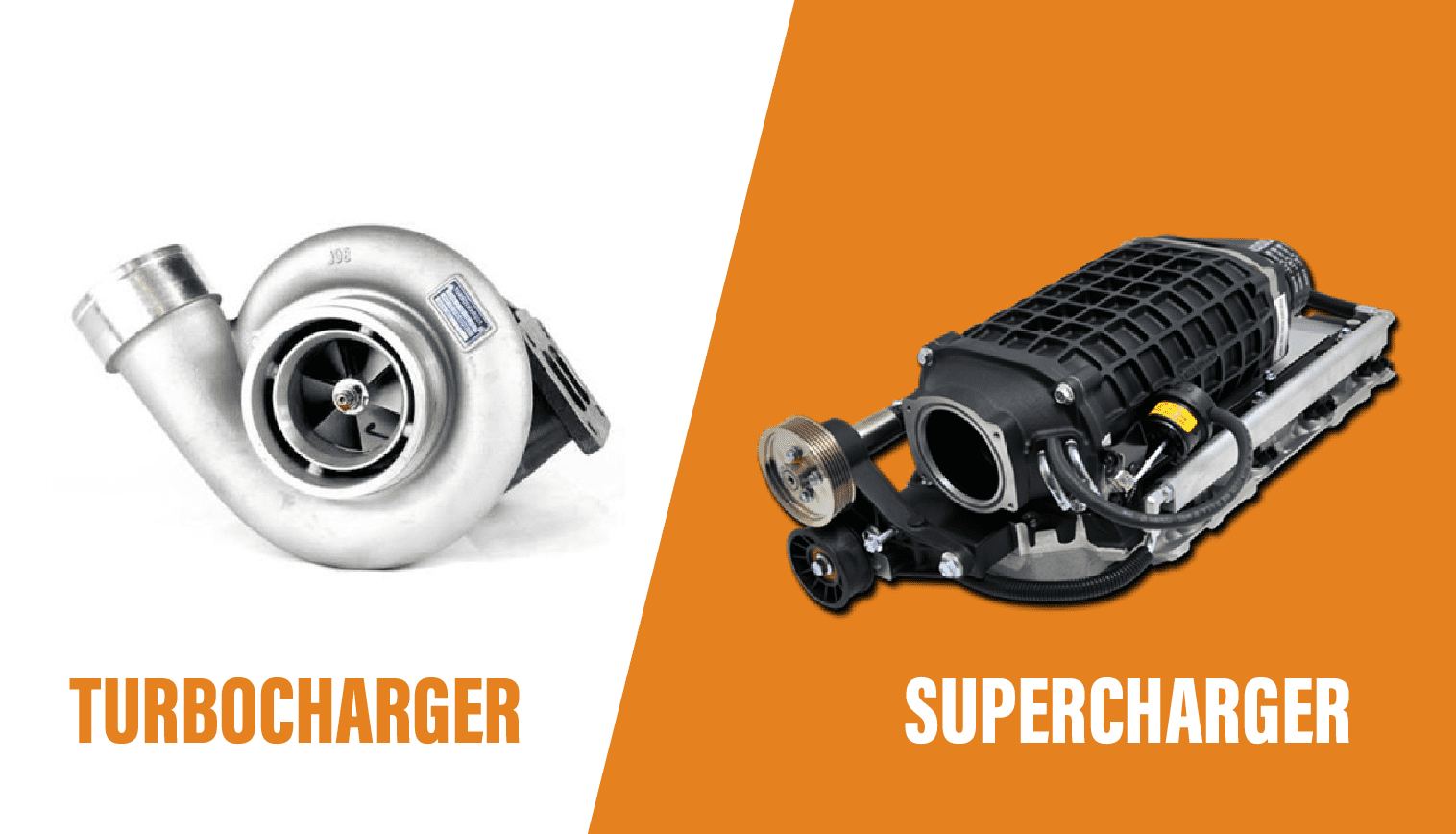 Today we will be comparing turbochargers vs superchargers more at a high level standpoint and talk about the pros and cons about each. Both of these have the same goal of increasing power while keeping fuel efficiency high. But they go about doing that in very different ways. So, what can make us choose one over the other? Let’s find out:

Whereas, a supercharger is powered by the engine itself.

The primary reason is, the turbochargers have a lag. We get the power but it is not instant as it works with the exhaust air.

A supercharger is powered by the engine itself. This is an advantage of the supercharger over the turbochargers as this leads to instant power delivery. With increasing rpm of the engine, the supercharger functionality also kicks in, so you feel the power just by stepping on to the pedal.

These are some of the reasons why we generally see superchargers in cars rather than the turbochargers.

How do turbochargers work?

Before discussing the working principle of turbochargers, let us discuss the components of a turbocharger. A turbocharger has three components- a turbine, a compressor and some bearings to support the turbine shaft.

Alfred Buchi, a Swiss engineer is credited with the invention of the turbocharger. In a four stroke diesel engine, air is forced into the engine by atmospheric pressure. This is known as a naturally aspirated engine. During high rpm as in highway driving, atmospheric air won’t force much air into the engine. Here, a turbocharger comes into play.

A turbocharger has a shaft with a turbine wheel on one end and a compressor wheel on the other end. These two ends look almost similar.

The axle’s gas enters this system from the inlet pipe to the turbine wheel section. Also, exhaust gas is collected. Here, in the turbine section, kinetic energy is produced. As the compressor wheel is located in the same structure, it rotates at the same speed as the turbine wheel. The compressor in turn, draws air and compresses it and then it passdes through the outlet pipe and supplies the engine with oxygen.

For the turbocharger to work efficiently, another component is added in between the path from outlet pipe of the turbo to the engine. This is called an intercooler. The air from the compressor is hot and needs to cool down for more oxygen supply to the engine.

There are different types of turbocharger according to their mechanism of working.

That’s enough of turbochargers, now let us look into the superchargers.

How do supercharger works

Supercharger setup contains a housing with a compressor impeller. As soon as the impeller rotates it acts like a reverse fan which draws air. This impeller almost achieves 1,00,000 revolutions per minute. Air gets drawn in quickly. Superchargers have tooth belts or V belts and a planetary gear system which can handle 1,00,000 rotations per minute. With a chain which is connected to the engine’s crankshaft a supercharger works.

The major advantage of a supercharger is it’s very efficient in its job. There is no lag and instant power from this system.