Everything You Ought to Know About Gearboxes 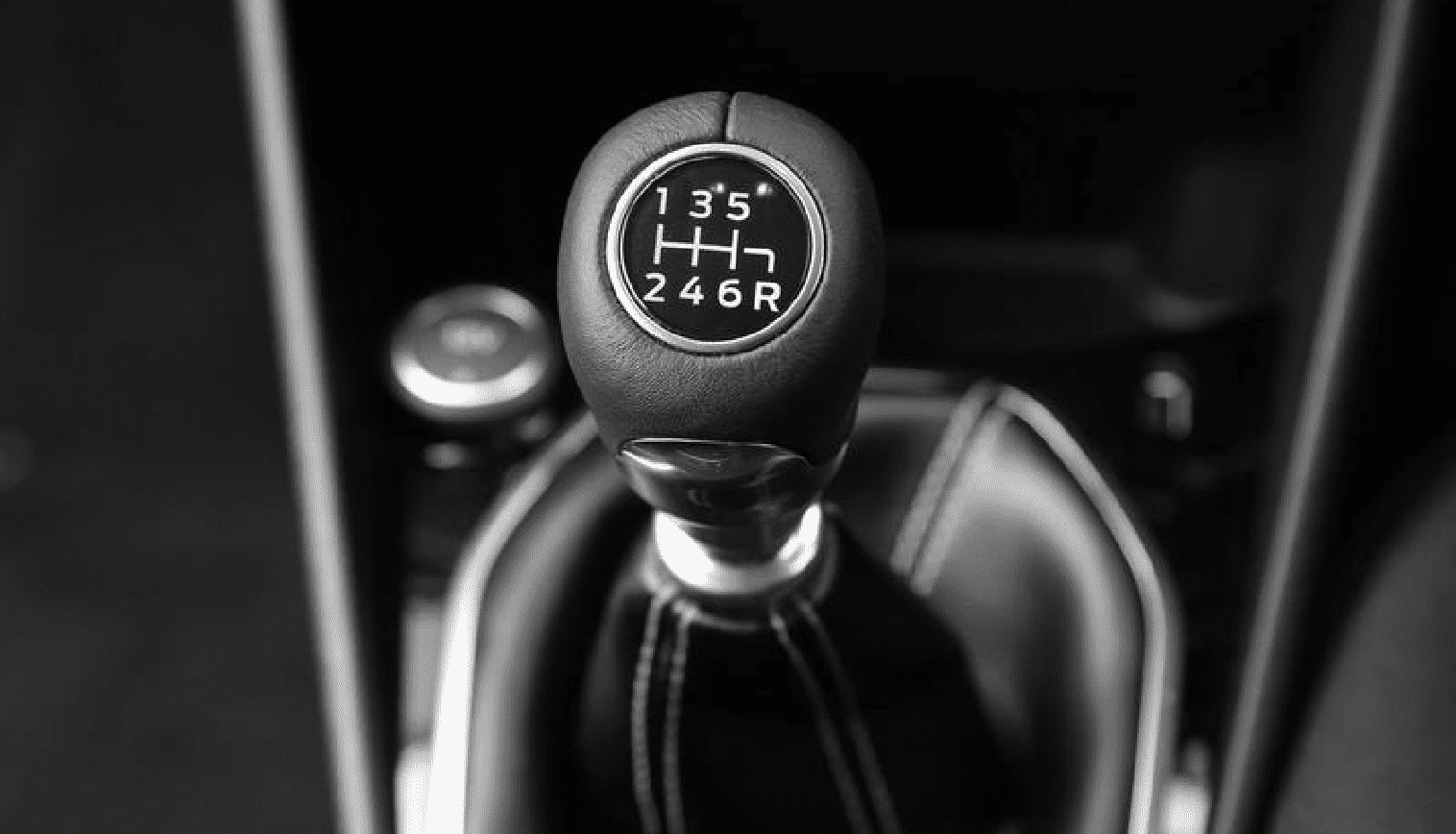 A gearbox is used in power transmission from the engine, through the clutch, to the wheels of the vehicle. It provides for the controlled application of power and torque through the use of gears and gear trains. The car would not be able to start off from a standstill or climb inclines without a gear box. The vehicle would simply stall.

What is a gearbox?

The gearbox in a car is a component that enables the torque to change or changes the rpm speed of the engine. The input shaft connects to the engine on one side, and the gearbox on the other. The output shaft produces a certain torque provided by the different gear ratios present in the gearbox.

A large amount of torque is necessary to make a vehicle move from a standstill, while accelerating, under load, and climbing an incline. However, internal combustion engines produce a low amount of torque around a small speed range.

Without a gearbox, the engine would stall easily. For internal combustion engines, the peak value of torque is obtained at a certain predetermined rpm. With the gearbox, an effective value of torque can be produced over a much larger rpm and speed range.

Resistance to the moving vehicle may be of different factors and variable amplitude. The gear ratios of each of the gears ensure that the vehicle can overcome the resistance at any speed just by changing gears and providing the necessary amount of torque.

The gearbox is also known as the transmission. To provide smooth operation at all speeds of the engine, the gearbox uses a system of different gear ratios while keeping the engine speed constant. The gearbox also allows the engine to produce high speed at the wheels and to increase the torque.

What are the main components of a gearbox?

The output shaft is alsoknown as the main shaft. It rotates at various speeds and is responsible for the varying amounts of torque produced.

All the shafts require bearings to reduce friction and facilitate rotation. Gears are the parts that transmit torque from one shaft to another. The torque produced by each gear relies on the number of teeth on the gear and its size.

Lastly, we have the gear selector forks that engage and disengage the gears. The fork is used to slide the gear along the shaft to mesh with other gears.

The purpose of a gearbox is to make sure that the appropriate amount of power reaches the wheels at a certain speed. There are three main types of gearboxes in use today – manual, automatic and CVT (Continuously Variable Transmission).

Manual Gearbox – This is the simplest type of gearbox. In this type of transmission, a manual clutch controlled by the clutch pedal is used to transfer torque from the engine to the gearbox. The gears are manually shifted via the gear stick lever. The advantage of these types of gearboxes is that they last longer and require less maintenance. However, it takes some time to learn how to use this type of transmission, and it is easy to stall the engine for an inexperienced driver. The fact is that manual transmission is the gearbox of choice for sports cars because it allows the driver to make use of the engine power to its maximum, unlike an automatic transmission which gives access to only a certain rpm range.

Automatic Gearbox – automatic gearboxes are getting more common in cars in recent years because of the ease and convenience they offer, especially in city driving and congested traffic. They are mechanically more complex than manual transmissions, having an automatic clutch and several gear ratios to handle low and high speeds. The advantage of an automatic transmission is that the driver just has to concentrate on accelerating and braking. The gears are automatically changed controlled by the ECU (Engine Control Unit) a powerful computer onboard the car that changes gears automatically depending on engine rpm, vehicle speed and amount of resistance such as when climbing hills, accelerating or starting from a standstill.

Automatic transmissions have a series of complex components that have to be maintained regularly to remain functional. This makes them more expensive than a manual transmission, but easier to use in city traffic where they ideally should spend most of their time.

Continuously Variable Transmission – CVTs have a large number of gear ratios that can function on a wide range of rpms. The CVT gearbox does not make use of conventional gears to obtain different gear ratios. It consists of a belt driving two pulleys that are either made of rubber or metal. The pulleys can change their diameters allowing the CVT transmission to cycle through different gear ratios.

CVTs offer good fuel economy and limitless gear ratios. This gearbox is well suited to city driving, stop and go traffic that calls for quick acceleration. However, the gearbox does not perform well in off road conditions due to the insufficient torque it can produce. Even engine braking performance is low. The CVT gearbox also requires a lot of maintenance of the belts and pulleys.

AMT (Automated Manual Transmission) – The AMT gearbox is a type of semi-automated transmission that makes use of an electromechanical clutch. The driver does not make use of a clutch pedal while shifting gears.  These types of transmissions are less costly than a fully automatic transmission and very convenient to use. The gearbox is based upon a manual transmission setup. The clutch and gear shift actuators are all controlled by the TCU (Transmission Control Unit).

What materials are gears made of?

The materials that gears are constructed from and their design is important for durability, low cost and high strength. Different raw materials are used to construct gear drivetrains. Each material has its advantages providing for superior performance.

The materials most often used are copper alloys, aluminium alloys and iron alloys. Thermoplastic may also be used in certain applications.

Copper alloys – these alloys are used when the gears will be subject to a corrosive environment and have to be non-magnetic. Different copper alloys are used in various applications because of their ductile properties. Depending on the alloys, different strengths can be achieved.

How does a gearbox work?

The gearbox or transmission consists of a set of gears, synchronising and meshing rings, gear shifting mechanical components, and a housing made of iron or aluminium. The gearbox is also known as a transmission system because this component transmits the power from the engine to the driveshaft and wheels.

Included in the transmission system is the clutch which transmits torque from the crankshaft, flywheel to the input shaft of the gearbox, and the differential which divides power between two wheels via the driveshaft. When the differential and gearbox are integrated as a single unit, it is known as a trans-axle.

Gear ratios are simply the ratio of the revolutions of the input gear to the revolutions of the output gear. The input gears receive power from the engine and the output gear provide power to the wheels. By using gears of different sizes for input and output functions, a gear ratio is defined for each gear (1st,2nd, 3rd, etc) that is used to transmit the right amount of torque to move the wheels smoothly.

A simpler way of measuring the gear ratio is to consider the number of teeth in the input gear and divide it by the number of teeth in the output gear. Usually, the lower gears 1st and 2nd have a gear ratio above 1, the 3rd gear is direct drive, meaning the ratio is 1 and the 4th and 5th overdrive gears have a ratio less than 1. However, each car has a unique set of predefined gear ratios that are best suited for its particular engine and driving conditions. Gear ratios are also important to provide good fuel economy. Often, racing cars have short gear ratios that facilitate rapid acceleration in all gears at the cost of fuel economy.

What is the clutch used for?

In a car, the clutch is used to transmit torque produced in the engine to the gearbox input shaft. The clutch allows the torque to be interrupted by engaging or disengaging with the flywheel. This happens when the car needs to move from a standstill or when gears are being changed in a moving car. The clutch is a mechanical component that is used to engage or disengage power from the engine to the gearbox and driveshaft to the wheels.

Bearings support the end of the crankshaft and the input shaft. They also prevent the clutch plate from wobbling.

There are different types of clutches in use on vehicles such as single plate clutch, multi-plate clutch, cone clutch and centrifugal clutch.

Internal combustion engines operate at varying amounts of power and torque. The usable torque range falls into a section of the engine speed that the gearbox is designed to make the best use of. If the gearbox was absent, the car would stall when setting off from a standstill or when a certain amount of resistance is offered to the vehicle.  The engine actually runs at a high speed as compared to the wheels. The gearbox or transmission is used to reduce this speed in gearing and transmit a usable amount of torque to the driven wheels.

Every engine has a redline rpm which is defined as the maximum rpm that the engine can physically attain. By changing gears, we prevent the engine from revving too high all the way to the redline, and keep the power and torque at optimum levels. In the best-case scenario, the engine would have to run at a set rpm, to extract the best performance. This can be achieved by a CVT transmission. In manual transmissions, it is up to the driver to shift gears at the right rpm. Finally, in automatic transmissions, the ECU decides at what rpm the gears should be changed for optimum torque and power distribution.

How To Clean Car Seat Cover At Home