Role of the clutch in your vehicle: Location and everything you need to know 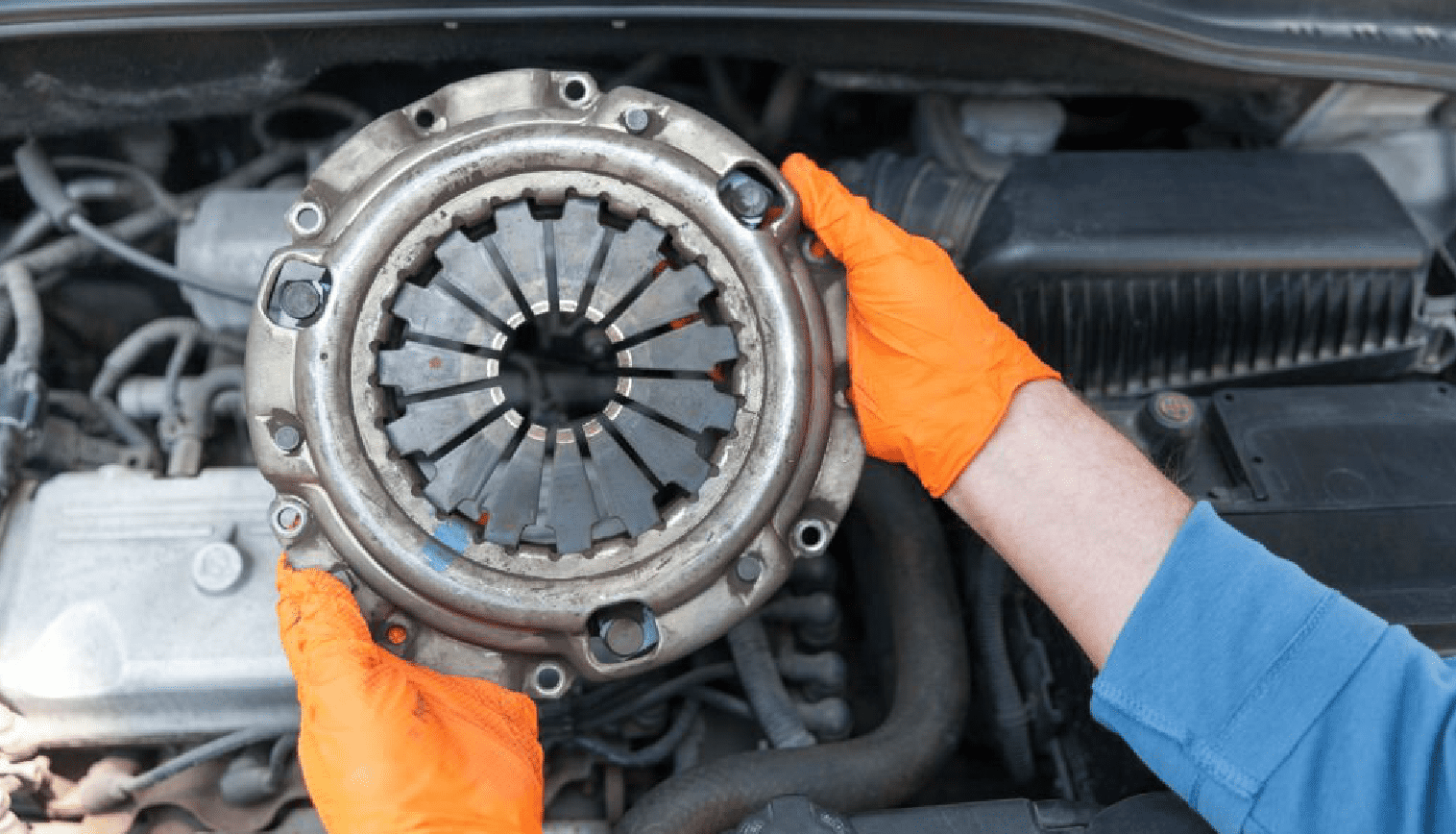 You may have always had this question in your mind about what is happening when you are pressing the clutch pedal or why you have to hold the clutch when you need to shift gears in a manual transmission car. This blog will give logical answers to these questions. Also let’s see where is the clutch located:

What is a car clutch?

Clutch is basically a mechanism to disconnect and connect the engine power to the wheels as and when needed.
Location of the clutch is between the engine and gearbox. Depending upon the type of vehicle, there may be various types of clutches.

How does a car clutch work?

For car clutch working details, we need to know a little bit about an internal combustion engine car.

Internal combustion engines have a small band of torque. Due to this reason, in order to vary the speed of the drive wheels, these cars need a transmission system. This is done to make sure that the engine is working in its optimum rpm range and then by changing gears the speed of driving wheels can also be differed. But ensuring this in a manual transmission car is not an easy task. To change the gears smoothly in a manual transmission car, the power from the engine coming to the driving wheels must be cut. Repeatedly turning off the engine for this job is very inconvenient. Here, clutch comes into play. It cuts off the engine power from the wheels without the need to shut off the engine.

A car clutch consists of a disc which has a high friction material coating on both sides. There are two main parts of a clutch- a flywheel and a clutch disc. The clutch disc is attached to the flywheel. If an external power presses the disc, this disc will rotate with the flywheel. This force is provided by some springs. The input transmission shaft is connected to the disc. This input shaft then rotates with the flywheel which is getting power from the engine. This is the condition when the car is in motion.

You might be thinking- “So what about automatic cars?”

Well in simple terms, automatic cars are the cars without clutch and gears. They have only two pedals- one is for braking and another for acceleration.

Automatic cars are much easier to control as you don’t need to change gears constantly in traffic. As you can keep both your hands on the steering wheel, you can control the steering better in unforeseen situations like a cow coming into your path. Nowadays, car manufacturers have also bridged the mileage gap between manual and automatic cars. They have similar fuel consumption in modern times.

Here first input is received by the ring gear. And ring gear works as the second input. In first gear, input 2 is stationary. The essence of planetary gear pinions is that just by giving different input speeds, you’ll get different speeds at the output.

Here are some common clutch problems along with their solutions

This problem arises due to damaged pressure plate 90% of the time. The remaining 10% may be due to cable issues.
Pressure plate can be replaced separately in this case..

If your car doesn’t start moving even after releasing the clutch then the clutch plate has worn-out. Another symptom of a worn-out clutch is if the acceleration of your car has decreased drastically. Here, the clutch fails to disengage fully and so the wheels don’t receive much power from the engine.

How to adjust car clutch

There should be a free play in your clutch. In modern hydraulic clutches, it is adjusted automatically, but in cable clutches, it needs to be done manually.
Normally the free play should be around 1 or 2 inches. If your car clutch has no free play or more than 4 inches of free play then here’s the way to adjust it:
For this you need to get under your car. Just under the engine compartment you’ll see an adjuster nut covered with a plastic cap. Remove it and adjust it. Then you can measure the free play travel again and check.

How to make the clutch softer?

This process is the same as adjusting the free play. Get under your car. Under the engine compartment there will be an adjuster. Loosen it to make the clutch softer.

How to release clutch in first gear:

For any amateur driver, releasing the clutch is the most horrifying thing as it gets jerky or the car turns off.

All beginners should take it slowly. You should engage the clutch fully. Then shift to first gear. Now, slowly release the clutch. At one point, your car will start moving, now press the accelerator slowly and you’re done.

This is the best way to practice take off in the beginning. Over time, you’ll muster it and then you can make it faster.

Properly using the clutch to enhance its longevity:

You need to know some basics of using the clutch to enhance its lifespan:

How to replace car clutch:

A worn-out clutch will make your car slower. This shouldn’t be on your “take it to mechanic” list. So, here’s how to replace a car clutch:

Most bikes have a manual transmission which has a clutch. In a bike also, the clutch works in a similar way as a car.

Clutch discontinues the engine power delivery to the driving wheels for gear shifts.

In bikes, the clutch is like a brake lever which is present on the left side.

How to release clutch smoothly in bikes:

Here also releasing the clutch in first gear is an issue for beginners. But after reading this blog further it’ll be less worrisome, I promise:

Clutch wear-out happens in bikes too. Let’s find out how to replace it in your home:

Clutches come under wear and tear components. These need to be replaced after a certain running distance. Generally, a clutch should hold up well up to 100k miles or 160k kms. So, it is better to replace your car or bike’s clutch every 160-170k kms.

Some habits which may damage your bike’s clutch

This was all about clutches. You have gathered information about both bike and car clutches. In bikes, dirt bikes also have same mechanism and needs to be replaced after the discussed run distance

Confused About Which Tyre to Buy for Your Car? Read This!!!

Fuel Mileage dropping without any reason? Here’s some possibilities beyond the obvious!