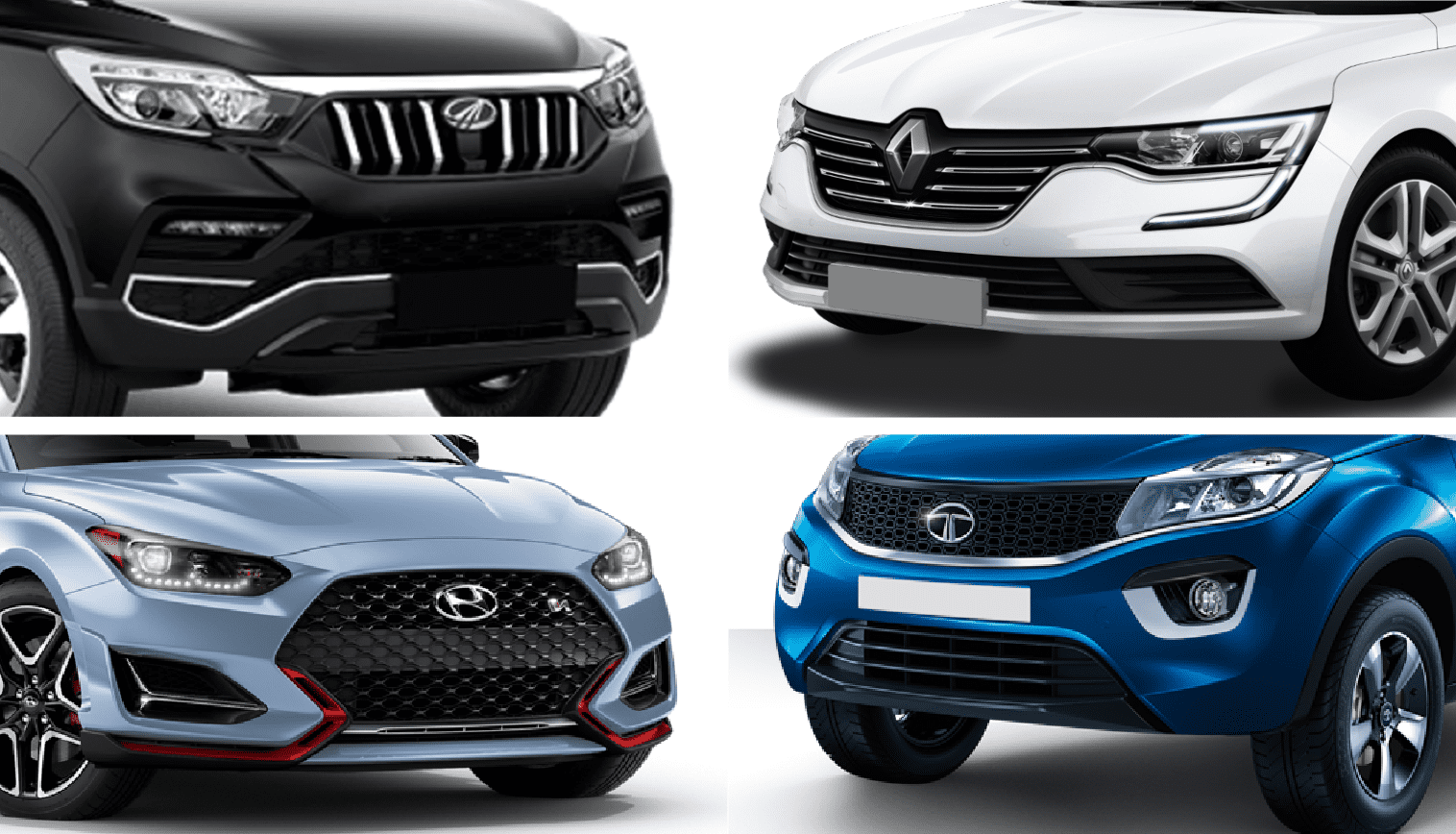 The answer to the question ‘Top Car brands in India’ is not actually just a list of random brands and companies that are present in India, with a few cars in their portfolio. India is a growing car market, which is why car brands from all over the world invest here to make a presence in the Indian Subcontinent, and also export cars to markets like Nepal, Bangladesh, many South American countries, South Africa, and maybe even Pakistan if our relationship track record was better!

But the whole crucks of the story is that Car markets change every year, due to three main reasons - changing consumer preferences, the influence of the economy, and the entry of car models that change the whole game altogether. And all of this can be seen as it is reflected in sales figures.

So today we’ll be talking about three different categories of top car brands - By looking at sales figures, by the consumer preferences of body type, and lastly by the game-changing cars that made and created a few Industry norms. You’ll also find some iconic names, so get ready for a nostalgia ride if you grew up idolizing these cars!

But before we move ahead to read the top Car brands in India, read this fun fact: India is projected to be the third-largest automobile market by 2026! Sadly though, we still don’t have as many cars as the USA has. It’s high time for companies to take us a bit more seriously than just providing cheap cars, isn’t it? 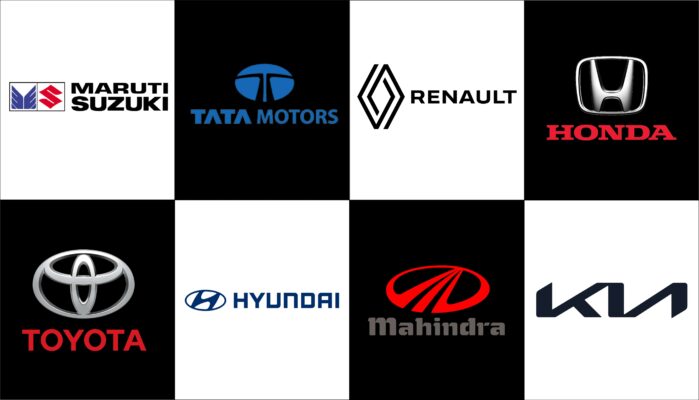 Take a look at these 10 top car brands based on sales figures over the past year (2021).

Excellent Mileage, Extremely versatile and extensive service network, very Reliable even after a decade of use, economical to run, zippy torque to weight ratio, has a separate brand for its more premium cars called NEXA

Safety is a major concern, stopped making diesel cars, no EV plans for the next two years, launches of cars have been slow(last one being Celerio but before that nothing new), no actual SUV except Brezza and Scross.

This legendary car brand in India needs no introduction. Ruling the hearts of Indians for over five decades, it is the top-selling car brand not only for the previous year but also for the past four decades.

Some of their most selling small cars are Swift, Baleno, WagonR, Alto, an MPV called Eritga, a subcompact SUV Brezza and its iconic kidnapping van Eeco. The facelifted Baleno would further increase sales for them.

Creta, i10 Nios, Venue [The i20 sometimes joins this list too replacing Venue.]

Overall a great bridge between features and reliability, punchy engine in almost every car, has the premium feel that everyone wants, resale value is satisfactory

This South Korean Automobile OEM is second on the list of top car brands in India. It started its venture in India by launching the iconic Santro in 1998. Since then, there was no looking back for the carmaker and it has been quite successful with many ‘hit’ cars such as i10 and its various avatars, i20, Creta, Verna, Venue and more.

Could improve fit and finish in cars, lacklustre performance in budget cars

Another car brand from India itself that has mass-produced many of India’s ‘first-time’ cars, and revolutionised and shaped the Indian automobile Industry.

In its four decades-long stints it produced many iconic cars it produced were The Tata Safari (India’s first true SUV), Indica (first luxurious and affordable passenger car for mass), Tata Sumo (the people’s mover) and the list goes on with other cars, old and new alike such as Sierra, Nexon, Nexon EV, Tiago, and the recently launched Punch. It started the safety trend with India's first 5 Star GNCAP rating scored by the Nexon.

It even took sweet revenge from Ford, by buying JLR from Ford as it was struggling to float during the recession. [Ford motors once took a jibe at Tata Motors for not being able to produce good cars]

Safety is a concern(although its improving and can be seen with the launch of Kia Carens), service network is still not as big as others, base variants of their cars are almost bare bones

Yup, you’ve read it right. Kia is fourth in the list of top car brands that introduced its first offering Seltos in 2019 and it quickly moved its way up in the sales charts since then. Seltos was an instant hit amongst the audience below 45 who were looking for an SUV, that’s not too big and not too small, with a zippy engine and tech loaded. Seltos ticked all the boxes. Even though being a new brand, it quickly expanded its service network and increased faith amongst consumers.  However, it couldn’t taste the same success from their luxury van Carnival. They quickly learnt from their mistakes and launched two cars in the economical range that catered to a larger audience.

Doesn’t make Sedans, hasn’t updated its only EV Verito, No hatchback either, cars such as Bolero not as upmarket for the Urban Audience

Mahindra started its automobile venture in India not by actually manufacturing normal SUVs and Sedans (not that they’ve been successful with sedans, but still) but actually assembled Jeeps. Its first Jeep was the CJ3 that they launched in 1954, and to give you an idea, they looked like a primitive malnourished Jeep Wrangler. However, they were one of a kind workhorses and took quite bad roads considering the road infrastructure situation in India.

They then entered the CV business in 1965. They also were in the Tractor business, and in 1983 they became the top selling player in the tractor market. So as you can see, they were always producing tough and reliable workhorses that were made to last, which is why their expertise is in rough and tough SUVs.

Fun Fact - When they actually entered the automobile business, their name wasn’t Mahindra and Mahindra, but Mahummad and Mahindra! They also had to fight a case against Jeep for their Roxor sold overseas because it looked very similar to the Wrangler.

Isn’t updating cars such as Fortuner and Innova as it is expected to be, no car has a sunroof (even the Velfire that costs 1 Crore upwards), Vehicles like Glanza and urban Cruiser are not quite differentiated from their respective Maruti counterparts

Toyota is the number one automobile company globally. However, it lags behind five carmakers in India. Leaving this aside, it is synonymous with reliability and practicality. It can be called the only automaker whose cars can clock over 1.5 lakh km without any technical niggles. The Fortuner is a favourite amongst Politicians and Influencers of India who like to seek attention, while the Innova is famous amongst Taxis and large families.

It also unveiled its world famous legendary pick-up Hilux in India and is expected to launch soon.

The French OEM is known for providing a taste of European cars globally, and so is the same in India. It has futuristic products in its line up with the latest one being Kiger which directly locks horns with Nissan Magnite. Kiger is an instant hit amongst youngsters who wanted a feature loaded SUV under 10 lakh. To act as icing on the cake it scored 4 Stars on its crash safety test. It got its major break with its mid size SUV Duster. It also has the cheapest 7 seater car in its portfolio - Triber.

This carmaker has been losing steam in the past several years, due to the fact that sedans are losing popularity, and Honda had a major chunk of its sales coming from cars like City, Corrola Altis, Civic, and Accord. They also were leading in SUV sales with their CRV. However, after 2013, things started to change gradually and nobody was buying Civics and Accords after their prices inflated. The same was for the CRV that crossed the 30 lacs mark. Although the City and Jazz were bringing in sales it wasn’t sufficient for it to breach the top 5 mark. With newer products like WRV and Amaze, they have improved since 2018.

As we all know, we bid goodbye to the American carmaker who suffered a fate similar to what Chevrolet faced. Ford really did get popular with products such as Ikon, Ecosport and Endeavour, but couldn’t boost sales of their cars such as Aspire and Figo which they expected to bring sales. If only they tied the JV with Mahindra once again after they first did initially, they could have been still with us launching better cars.

Although rumours do suggest that the Blue Oval would be re-entering the Indian car market as a luxury player with cars like the Ford Everest and Mustang-Mach E.

This was all you needed to know about the top car brands in India.

We at Carorbis hope that this article helped you to learn about these top carmakers. If you found this blog enlightening, make sure to check out other interesting articles on the Carorbis Blog and also read Baleno Pros and Cons at the end in this article - 12 Car Dashboard Symbols and Their Actual Meanings + Identifying Test