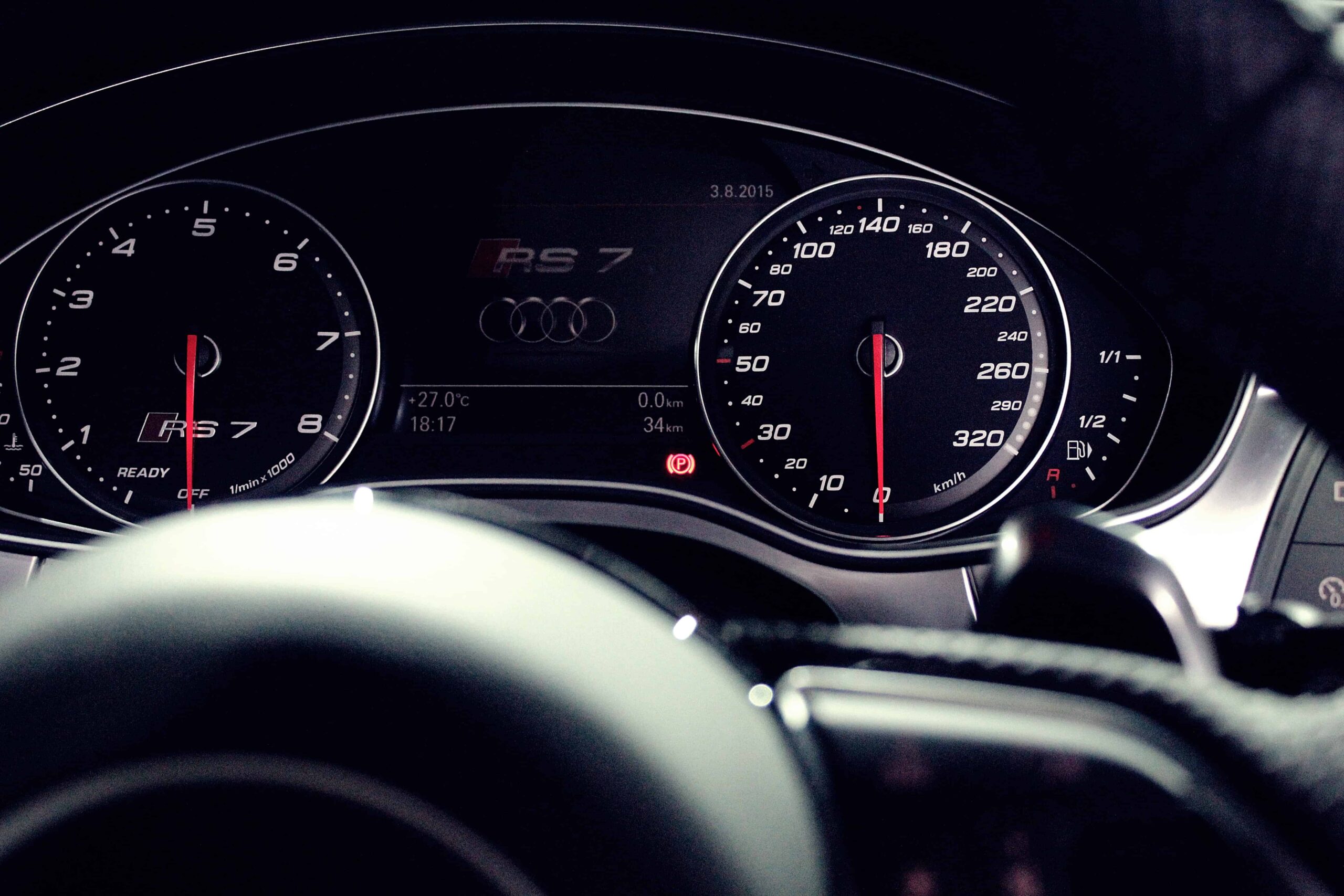 Indian car manufacturers pay great attention to the mileage their cars offer. Well, this is to be expected with a population that is obsessed with fuel mileage. It is in fact the first questions that is asked about a car and one of the major factors taken into consideration when buying a new car.

A car with good fuel mileage is often the favourite choice of a new car buyer, irrespective of the other features. The rising fuel prices along with this mindset makes the buyer look for the best mileage cars in India.

Every manufacturer’s stable contains one car that provides exceptional fuel mileage and is usually the best seller of the lot. Read on to find the list of the best fuel mileage cars in India, in order for you to have the top options when buying a new car.

Mileage is considered an important factor when calculating the cost of ownership of a car during its lifetime. This is evident in the prominence that car manufacturers in India give to developing more and more fuel-efficient cars to address the concerns of new car buyers.

If you are on the lookout for a fuel-efficient car, have a look at the curated list to narrow down which car suits your budget for fuel economy the best.

Its 800-cc engine produces 48 bhp of power and 69 Nm of torque which is a compact and powerful package. It comes with a 7-inch touchscreen infotainment system, power windows, and keyless entry as some of its standard features.

In terms of safety, it comes with ABS and EBD, airbags and parking sensors. The Alto 800 returns a mileage of 22 kmpl.

The Renault Kwid has a great combination of practicality and affordability. Ever since it was launched in India, Renault has made improvements to the vehicle to make it even more desirable. Not only does the car have an entry level price tag, it also offers excellent mileage given its small engine and compact dimensions.

The Kwid comes in two engine options, a 0.8 litre (54 bhp and 72 Nm) and a 1.0 litre (68 bhp and 91 Nm) petrol unit. Some of the features the Kwid is offered with are an 8-inch touchscreen infotainment system with Android Auto and Apple CarPlay, manual air conditioning system, keyless entry, a 12-volt charging outlet for rear passengers, and reverse parking camera.

The Renault Kwid offers a mileage of 21 kmpl making it the perfect car for city driving.

The Datsun RediGo is certainly a best seller and a smash hit from the Datsun stable from the get go. It seems well suited for the working-class family in India. The engine, exterior and interior all perfectly blend to make a really good package for the entry level car buyer.

Two engine options are on offer for the Datsun RediGo. A 800-cc petrol unit with 54 bhp and 72 Nm and a 1 litre petrol engine with 69 bhp and 91 Nm. The two motors come with a 5-speed manual transmission while the bigger 1.0 litre unit gets a programmed automatic gearbox.

The notable features of the car include striking exterior design, Bluetooth handsfree sound and handsfree calling, LED headlights, airbags and many more class leading features. This small hatchback stands out as one of the most fuel-efficient cars in India, with a mileage of 22 kmpl.

Maruti Suzuki definitely knows how to build high mileage cars for the Indian car buyer and the WagonR is no exception. It is one of the best options for the entry level buyer today.

The WagonR is known to be a fun car to ride in and for its excellent fuel economy figure of 21 kmpl. It is also a very reliable car which is one of the reasons that it is a best seller.

The car is available in three trims with either a 5-speed manual or a 5 -speed AMT gearbox doing transmission duties. Some of the features available are ABS with EBD, airbags and rear parking sensors.

Maybe the most loved premium hatchback in India, primarily because of its youthful appeal and of course, its class leading mileage.

The Swift is the best petrol car in the segment with a fuel mileage of 22 kmpl. The Swift has a very striking design, with bold design cues and sharp features. Overall, the car gets a really solid look.

There are many examples of the Swift on the used and pre owned car market, which is a testament to its popularity. As a new car, it is one of the best-selling models from Maruti Suzuki.

The K-series petrol engine family from Maruti Suzuki is known to be extremely fuel efficient and is shared between many models on offer from the manufacturer. This is why so many Maruti Suzuki models end up on the best mileage list so often.

The S-Presso is a fairly new entrant but it comes with the tried and tested engine family that gives superior mileage. At 21 kmpl, it is very frugal and makes for a superb family runabout.

It gets a striking SUV like design which opens up a lot of interior space. There are 2 transmissions on offer, a 5-speed manual and a 5-speed AMT gearbox. The 1 litre petrol unit is good for 59 bhp and 78 Nm of torque, which are quite respectable figures for such a small engine.

For the interiors, it gets a 7-inch touchscreen infotainment system which includes Android Auto and Apple CarPlay, a digital instrument cluster, keyless entry, and power windows.

In terms of mileage, Maruti Suzuki never fails to impress because their cars are one of the most fuel efficient in the Indian market. Among the different versions of manual and automatic transmissions, the AMT version puts out the best mileage and is the trim of choice for new car buyers.

For years, the Hyundai i10 Nios has been a competitor to the Maruti Suzuki Swift especially on account of the fuel mileage each car gives. Another fuel-efficient hatchback, this time from Hyundai, the Grand i10 Nios has evolved into an ultra-high mileage car that is a notch above its predecessor models. The car gives an excellent mileage of 26.2 km/l which is very light on the pockets and turns out to be very economical.

The Tata Altroz is a fuel-efficient hatchback that can get quite far on one full tank of petrol, than other competitors in this segment. If driven conservatively, the Tat Altroz can give a mileage of 26 kmpl, which makes it quite a frugal car to drive around in.

Another model from the Maruti Suzuki stable, the Dzire not only comes with a modest price tag, it also is a very fuel-efficient car with one of the best mileages in the country.

No wonder it is one of the best-selling cars by Maruti Suzuki. The AMT version is especially fuel efficient with a mileage of 24.12 kmpl

Toyota’s version of the Suzuki Baleno, the Glanza became a popular model because of its familiar curves and design. Another plus point is the great mileage the car gives at 23.87 kmpl. This mileage figure is achieved from the mild-hybrid trim of the Toyota Glanza.

Mileage is one of the major deciding factors when purchasing a car in India. Some car buyers consider mileage to be even more important than the vehicle’s cost, in the hope that running costs will offset the initial high cost. Manufacturers in India are constantly evolving their cars to provide better fuel economy and higher mileage.

When it comes to buying a new car in India, fuel economy and low maintenance costs are often considered as deciding factors. With good fuel economy comes better sales especially for cars that are used for commercial purposes.

ARAI (Automotive Research Association of India) conducts tests for fuel mileage on all new cars sold in India. But they test the cars in ideal conditions rather than real world situations. If you take into account road conditions, stop and go traffic, traffic lights and traffic jams, the ideal figures of fuel mileage are always higher than what we can expect when we drive the car. Still, it gives us a fair idea of what to expect from a car, and also is an important tool for comparison since all cars are tested on a level playing field.

While technology and innovation are progressing, vehicles are getting more and more fuel efficient. This can be achieved by having smaller engines that produce the same power as larger ones, and by using lightweight state of the art components to build them.

We hope this list of best mileage cars in India will help you decide on a new fuel-efficient car and make the decision process a little bit easier.

Q1. What is the most fuel-efficient car in India?

Ans. The car with the best mileage is the Volvo XC90. It can give a mileage of up to 40 kmpl due to its hybrid setup which has an electric motor plus a petrol engine.

Q2. What is the best speed to drive a car to obtain the best mileage?

Ans. A car driven at 60 km/h – 70 km/h will give the best mileage provided it is driven in the right gear and without stepping on the accelerator too much or using the brakes excessively.

Q3. Which type of fuel gives the best mileage?

Ans. Diesel gives better fuel economy than petrol engines because they produce more power at lower rpms. With the diesel engines spinning at a much slower rate, the amount of fuel they consume will be less giving them a better fuel mileage.

Q4. How do I calculate the fuel mileage of my car?

Ans. One simple way is to divide the number of kilometres driven by the amount of fuel used in litres and you will get the fuel mileage in kmpl.

If you want to be more accurate, you can always run the tank dry, add in exactly one litre of fuel, and check the odometer for the number of kilometres driven.

Q6. What is the maximum life of a car in kilometres?

Q7. Which type of car should I buy? Fuel powered or electric?

Ans. The future of cars is electric. Buying an electric car would be a wise decision. On the other hand, the number of charging stations for electric cars in the country is very low.

If the electric car is used as a city runabout, it can easily be charged at home, but for long distance driving, a bit of planning is required because you may end up being stranded with enough charge in your electric car.

Q8. How can I improve fuel efficiency?

Ans. A car should be well maintained if you require a high mileage. Make sure the oil is changed regularly, the air filter is clean and the quality of fuel is good. Besides that, avoid excessive use of the accelerator and brakes, driving in crowded city traffic with stop and go starts. The tire pressure should always be at the right level and the car should never be overloaded with passengers and luggage. If the car is driven at an average of 60 km/h, it will provide the best mileage.

Things You Should Know About Tread Patterns Before Installing a Tyre